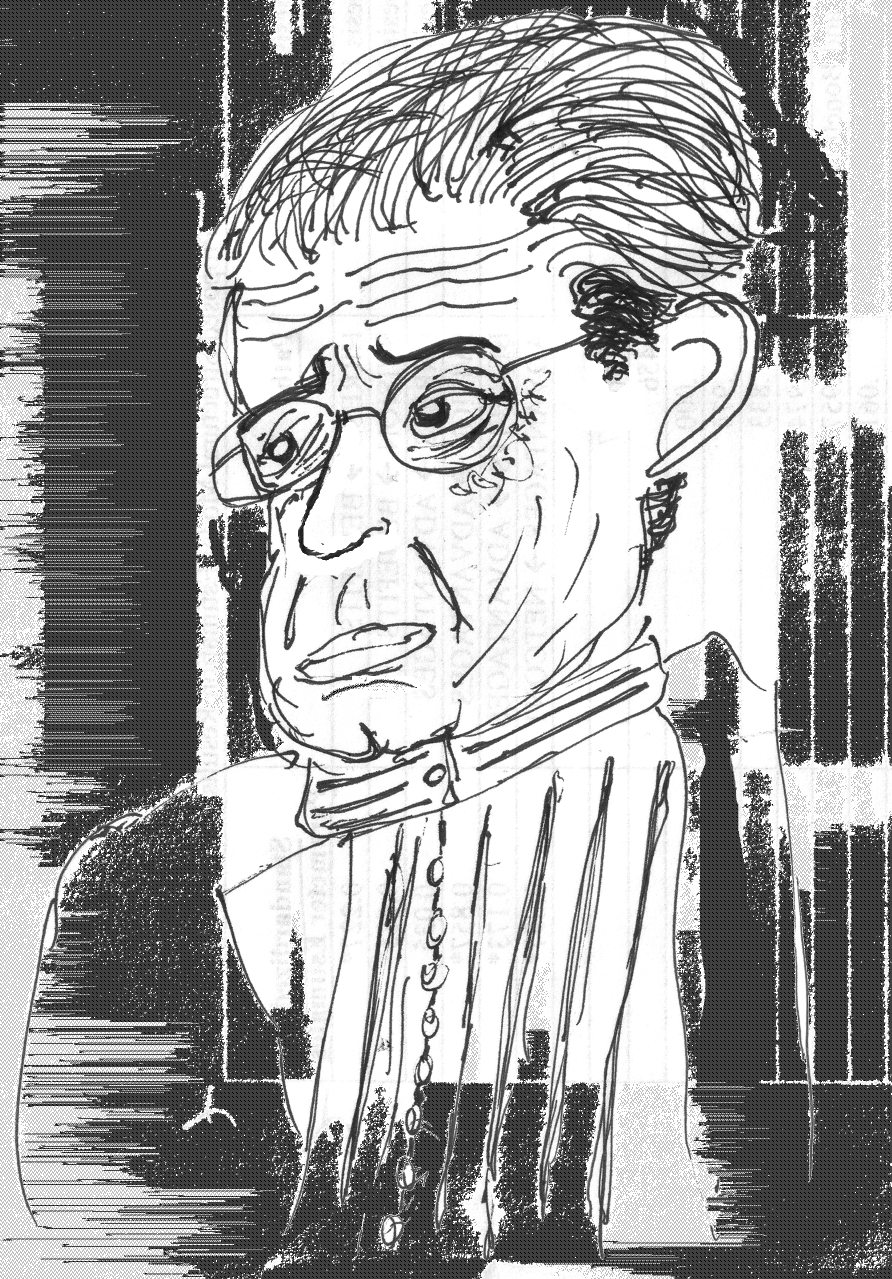 The following is an interview The New Polis conducted in October 2018 with Lacanian psychoanalyst Thomas Svolos. This interview is built around a consideration of his important 2017 book Twenty-First Century Psychoanalysis. In this work, Svolos looks closely at the Lacanian filed in America and draws from his rich experience as a psychoanalyst in an American context. The book aims to chart a future role for Lacanian psychoanalysis in America, and critically analyses new symptoms in our culture, from intensified forms of addiction to a consideration of Lacan’s capitalist discourse. NP contributing editor Daniel Tutt conducted this interview.

NP: Why did you become a Lacanian psychoanalyst? What was it about Lacan’s teachings that you originally found compelling?

S: I never encountered Jacques Lacan as a person, and when I first heard about Lacan in college here in the United States in the 1980’s, I think perhaps there was only one Lacanian psychoanalyst.  So, as with many of my generation, my first encounter with Lacan was through his texts, taught by a University professor who was not a psychoanalyst.  Now, in my case, I was very lucky, for that person was Fredric Jameson, and while he is of course not a psychoanalyst, he is an astute reader of Lacan.  Indeed, his paper from the famous 1977 special Lacan issue of Yale French Studies remains fresh and worth reading today.  So, as with many, I came to read Lacan in the context of reading many other so-called theorists – Althusser, Foucault, Derrida, the Frankfurt School – and the debates about poststructuralism and postmodernism of that moment.

To me, Lacan stood out.  It was his style – not descriptive or pedagogical and certainly not boring.  He used words in a particular way.  I might describe it as evocative.  Another way to put it is the sense I had that he wanted his words to hold onto things, but not too tightly.  But, to me, while loose, his writing was not fuzzy or blurry, but rather, he wrote with a precision, a finesse.  I just liked to read him, and as the quality of translations improved and as I began to read him in French – a great challenge for me – it only got better.  That was my initial attraction.

Of course, the situation is very different now.  My group (the New Lacanian School of the World Association of Psychoanalysis [WAP], which derived from the School established by Lacan) has an associated group here in the United States, called Lacanian Compass, with analysts in five cities.  And, there are other groups as well and some independent Lacanian psychoanalysts, not necessarily affiliated with any School or group.  So, many more people have the opportunity to have a Lacanian psychoanalytic experience.  After all, psychoanalysis is a practice, and the psychoanalytic experience remains at the heart of it.

NP: Does psychoanalysis have a specific political orientation? We have had a fairly vibrant Lacanian left for several decades now, which has influenced leftist political movements around the world and has had a wide splash in academe. But it is also well known that Lacan himself was an often conservative-minded figure. He was pessimistic of revolutionary politics, and yet his teachings are so widely applied in different political registers and with varying agendas in mind. What do you make of Lacan and revolutionary politics? Is the idea of formulating a particular political orientation—either right or left—anathema to Lacan’s teachings?

S: I would suggest here that Lacan was cautious about idealisms and perhaps what you describe here as ‘conservative’ is a marker of his skepticism about idealisms, including those of the left.  In a very fine series of radio interviews he gave in 2005, Jacques-Alain Miller gives a very compelling answer to this, noting that a Lacanian politics is inherently subversive – we might say subversive of both norms but also ideals and parties and so forth.  And, subversion has not always been a quality of left politics.

But, there are many other answers I would add to this interesting question.  The first is that psychoanalysts of the New Lacanian School and the WAP have, for the past few years, taken on a project of engagement in politics.  This goes under the rubric of the Movement Zadig and was set forth in response to a variety of political phenomena relating particularly to the rise of the right globally and to attacks on  various freedoms and rights – all of which threaten the political and social structures that are necessary for the conduct of psychoanalysis itself.  The most vibrant example of this was an uprising of the French School of the WAP against Marine le Pen in the 2017 French presidential elections.

Finally, I want to add that Lacan and Miller and the WAP following him have developed what I believe is a very unique addition to politics in the creation of what we call the School, which is a very singular form of social engagement, in this case of psychoanalysts, under a logic very different from Freud’s groups – the Church and the Army – but also political parties or the contemporary corporation.  Here, I would suggest Miller’s “Turin Theory of the Subject of the School” as a decisive reading of what distinguishes the Lacanian psychoanalytic School from, say, other groups.  I would simply say here for the purposes of this interview, it is a formation that somehow allows its members to sustain both an ideal of the collective and also each member’s subjectivity.

NP: In Lacan’s elaboration of the discourse of the capitalist he notes that drive objects are placed in a position of agency for the subject. But in our own time we have an intensification of technological and aesthetic objects (industrially produced objects of consumption: movies, images, pornography, etc.) that sit in this position of agency for the desiring subject. Lacan coined the term lathouse to refer to these temporary objects that serve as stand-in’s for the object small a. This reminds me of Marcuse’s concept of negative sublimation, or sublimations that cathect the individual to repressive forms of domination. In a practical sense how do you understand this concept of lathouse in your own clinical practice and with analysands you encounter?

S: For Freud, the objects of the drive were the breast, the turd, the phallus –  various body objects linked to the erogenous zones.  Lacan’s first innovation with regard to drive objects was to add the gaze and the voice as objects, respectively, of the scopic (or, visual) drive and the invocatory (auditory) drive, which he developed most comprehensively in his Seminar X.  In Seminar SVII, Lacan expands this further with his notion of the lathouse, manufactured objects, as it were, such as songs or movies or images or objects and so forth.  Patients will often speak about these manufactured objects, these extensions of the natural bodily objects, in sessions and of their relationship with them.

NP: You talk about this fascinating concept coined by Jacques-Alain Miller, the “Soapbox” – or the place where people tend to look at their sphere, their ego, their body, as the primary fact of their existence. You say that we don’t put ideals on the Soapbox; we put the sinthome on the Soapbox. I was wondering whether you think this concept might be applied in a wider political setting. For example, is the concept of a Soapbox the very social media platform public figures inhabit today? It is interesting to think that a major strategy of the left has been “no platforming” for various alt-Right figures, seeking to remove the very platform of their speech. But with this concept we can note that what the Soapbox is about is not so much the ideals of one’s speech, it is the place from which the symptom is expressed.

S: Soapbox is my translation of the French word escabeau, used by Lacan in just a few places in reference to what he wanted to say about James Joyce.  A more literal translation might be step stool, but the idea is something to put oneself up on, and the soapboxes that people stood on in London to speak really are a perfect, if less literal, translation.  Your extension of this concept as an approach to social media certainly makes sense to me, in that people put their jouissance, the satisfaction of their being and their beliefs, on display.

We can say it is a place of idiotic, phallic jouissance, where the satisfaction of speaking is not linked to an engagement with an other, who will hear the intended meaning and reflect it back to the speaker, in a modified form – as in conversation.  Rather, on the soapbox, the speaker can find satisfaction in the very meaning he wants to speak, irrespective of the presence of others.  And, I agree that that is certainly a formulation we might make of social media.  It is something very distinct from a conversation, which implies taking the Other into account.  We get all this from our English phrase that someone is “up on his soapbox.”  And, that is indeed one thing people do in social media.

I certainly could imagine, however, that psychoanalysis might not be of much use or interest for someone in what you call ‘dire poverty.’  Such a person might have other ways in which he or she wants to use time or energy.

As for the issue of replicating or reproducing a certain mode of subjectivity, that is certainly a threat in psychoanalysis.  Indeed, from the beginning of his work, Lacan was very critical of psychoanalysts following ego psychology, for their perspective was very much that the patient needed to model his ego after his analyst’s ego, or the healthy part of it at least.

Such a notion was anathema to Lacan, who, among other things, felt that the ego was in its essence always a misrepresentation.  To return to your word about ‘subjectivity’ – Lacan’s subject is always in contrast to the ego.  The Lacanian subject is without form, substance, or qualities – as is the ego – and rather is a divided subject.  That is the important fact of Lacan’s notion of the subject and, in that sense, it is without bourgeois or Western qualities (or proletariat qualities either, for that matter).