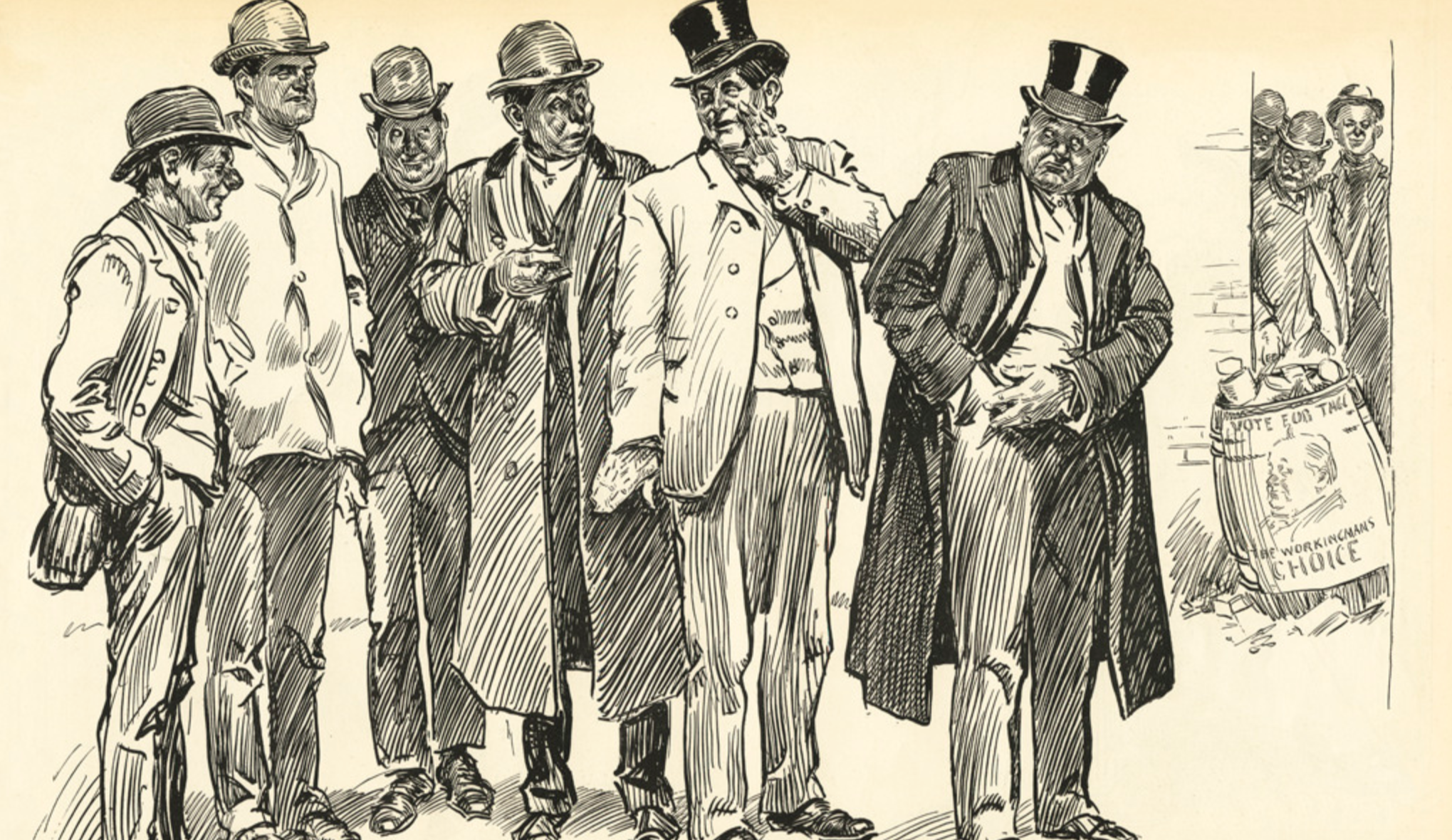 Definitions of “politics” and “the political” are legion in scholarship. At the extremities of the spectrum one encounters mutually exclusive definitions. Betwixt one finds a bewildering assortment of cross-cutting variation.

This definitional diversity reflects the fact that scholarly definitions of “politics” and “political” are fundamentally stipulative. Whatever referent in reality they purport to signify, their actual function is often heuristic—a means of delimiting the conceptual scope of an intellectual inquiry. To that end, a quixotic definition which bears no objective connection to lived reality can still serve its heuristic end. In the context of scholarship, definitional clarity is the desideratum, not definitional consistency, nor consensus.

And yet there exists in English speech a curiously overlooked usage of the words “politics” and “political” which indicates that the terms actually possess an objective conventional meaning, at least in common speech.

The usage I have in mind is exemplified in the common refrain, or a variation thereof, to the effect that “government x won the policy argument but lost the politics.” Related usages occur in the following contexts: “politician y lacks political instinct” and “president z made a political appointment.” Each of these sentences is perfectly coherent in English and few baulk at their semantic oddity.

The oddity I speak of rests in the fact that the explicit usage of the terms “politics” and “political” in the above sample sentences ostensibly denote something distinct from the implicit sense of those same terms connoted by the words “government,” “president” and “politician,” lest we treat governments, presidents and politicians as non-political concepts, which would be highly unconventional.

In what sense is it coherent to say that a government, which already implies “politics” in some sense, could lose the politics in a given situation? Similarly, why is it coherent to suggest that a president, a concept which already seems to contain the notion “politics” in some fashion, could make a political appointment? The apparent distinction between the explicit and implicit senses of “politics/political” on display in the above suggests the existence of polysemy, for otherwise the explicit references to “politics/political” would appear to be redundant, being already implied in the terms government, president, and politician. (Note: although not all subscribe to the view that “politics” and “political” have coincidental semantic fields, I treat them so for the purposes of the present discussion).

From context, “politics” in the first sentence clearly signifies a contest of some description, i.e., something which can be won or lost. As such, this sense of “politics” appears to reference an activity. Further, this sense seems to dissociate the merits of a policy, on the one hand, from the ability to implement that policy, on the other. Here I use “policy” in the dictionary sense of “a course or line of action adopted and pursued” (Macquarie Dictionary).

For what the sentence really denotes is that a particular government has developed a sound policy, according to some unstated criteria, but has not managed to effect that policy by virtue of failing to convince or win the support of a constituency necessary for implementation. The constituency might be the government’s own party, an opposition party, a powerful interest group, the media, or the public at large. In short, the sentence purports to provide an explanation for a government’s failure to institute what is implied to be a sound, necessary, or beneficial policy. In this sense, then, “politics” appears to denote something akin to the art (rhetoric, coalition building, campaigning, etc.) of implementing a policy (a course of action) in a context of contestation (in the face of opposition).

The second sample sentence uses “political” in the same sense as above, although this is not immediately obvious because the sentence lacks a contest word, such as “lost.” Still, this same sense of “politics” is present in the adjective “political,” for what is denoted by political instinct are the human qualities necessary for the art of successfully implementing policy in the face of contest, whether charisma, intelligence, cunning, ruthlessness, soaring rhetoric, tactical acumen, or broad appeal.

“Political” in the third sentence denotes this same sense again. Making an “appointment,” of course, does not of necessity imply contestation. However, the qualifier “political” here implies that the appointment was not made on the basis of merit, competence, or qualification. It implies that the individual appointed is already part of, or has a commitment to, a particular side in a pre-existing contest. This is why such a sentence can, and often does, have negative connotations, implying that the appointed person might not perform their duties impartially or might have been given the office for partisan reasons. The sense of the terms “politics/political” in all three instances above appears to denote something along the lines of “the artful activity of implementing contestable and contested policy.”

I suggested earlier that these three explicit usages of “politics/political” are each situated in sentences of which the subjects—“government,” “politician,” and “president”—already connote “politics,” according to conventional wisdom. Assuming that this explicit usage of the terms “politics/political” is not tautological, the question becomes: how might we distinguish the “politics” implied in the concepts “government,” “president,” and “politician” from the explicit sense of “politics” elucidated above, i.e., the activity of policy implementation in the context of contestation?

In the case of “government,” the referent is clearly an institution—“an organization or establishment for the promotion of a particular object” (Macquarie Dictionary). In short, governments, notwithstanding their variability across different political contexts, are tangible institutions commonly and uncontroversially characterized as “political.”

In a similar vein, “president” and “politician” are descriptors of an office and profession respectively, both of which themselves form integral components of political institutions, whether a government or legislative body. Without wishing to belabor the point, we can venture a meaningful, if somewhat crude, distinction here between entities (governments, presidents, and politicians), on the one hand, and an activity (politics) on the other. Whatever activities a government, president or politician might engage in, they are not themselves activities per se.

This distinction between entities and activities still falls short, however, of articulating and explaining the sense in which governments, presidents, and politicians are “political,” as distinct from the sense of “politics” that denotes an activity of policy implementation in the face of contest. A university, after all, is also an institution, but not commonly regarded as a political institution. In the same vein, a chairman of the executive committee of an owners’ corporation is an officeholder, but not a political officeholder. Institutions, offices, and professions are not intrinsically political.

What makes the particular institution of government, the office of president (of a nation), and the occupation of politician political is that they are specifically established as organs for engaging in the contest of policy implementation, i.e., they are political organs. The distinction is this: whereas institutions, offices, and occupations are not intrinsically political, political institutions, offices, and occupations are constitutively political, where “political” denotes “the artful activity of implementing contestable and contested policy.”

A university and an owners’ corporation can, of course, encounter conflict as a consequence of pursuing particular courses of action. However, they are not established as venues for policy contestation, i.e., as organs for mediating social conflict. Their purpose is cooperative—providing education and managing a commonly owned building respectively. In contrast, governments, presidents, and politicians are constitutively arenas or vehicles of contest.

In the context of liberal democracies, governments are formed through contest, presidents are chosen through contest and would-be politicians have to complete for the right to engage in a political career. Moreover, governments, presidents, and politicians act in an environment of perpetual resistance—few, if any, policies are implemented absent some degree of opposition, and without necessitating the employment of political art.

Upon closer inspection, then, the sense of “politics/political” implied in “government,” “president,” and “politician” is not actually dissimilar from the explicit sense denoted by “politics/political” in those same sentences. As it turns out, we are not dealing with a case of polysemy at all, and as a consequence we can substitute “meaning” for “sense” when discussing the terms “politics/political” in common English speech. We can also explain away the impression of tautology.

Given “politics” is an activity, it requires a subject or agent. In our sample sentences, this subject is supplied by “government,” “president,” and “politician” respectively, which as political organs, can logically engage in the activity of “politics.”

This insight regarding the meaning of “politics/political” in conventional English usage can help explain another curiosity. This is the analogical usage of the terms “politics/political” in relation to non-political institutions, offices and occupations, as evidenced in sentences of the following kind: “politics ruined the football club” and “there is too much politics in our church.”

These instances point to the intrusion of policy contestation into areas where they are not expected to be found or are deemed to have no legitimate place. In the case of the first instance, the suggestion is that division and disagreement about a course of action or the general course of the organization has undermined its effective operation, which depends on a unity of purpose.

In the second case, the suggestion is that the church leadership, or perhaps the congregation more broadly, has become factionalized and thus can no longer function as a coherent whole moving in a common direction. It is further implied in both cases that there might be individuals or factions illegitimately employing the art of politics in non-political arenas, such as lobbying, campaigning, making partisan appointments or denigrating opposition.

Failure to recognize the distinction between the objective conventional meaning of “politics/political” and its analogical application to non-political contexts might help to explain why some scholars are prone to collapsing the distinction. As a result, scholars sometimes imbue “politics” with an impossibly wide semantic fields such that football clubs and churches become indistinct from governments.

This differentiation all but guarantees that policies (course of action) will meet some level of resistance in the constituency and by would-be alternative representatives. Universities, owners’ corporations, football clubs, and churches, on the other hand, are not representative institutions; they are not political organs which mediate social conflict. Rather, they are cooperative and collaborative endeavors which serve as vehicles for bringing together individuals which share common interests and wish to work towards a common goal. As a consequence, “politics” is neither desirable nor efficacious in these cooperative contexts.

In conclusion, then, the terms “politics/political” appear, in actual fact, to have a consistent objective conventional meaning in common English usage, notwithstanding, or perhaps in spite of, the stipulative definitional pluralism to be found in the Academy. Moreover, scholarly discourse on “politics,” however defined, could profit from giving greater regard to this much-overlooked meaning of “politics” as “the artful activity of implementing contestable and contested policy.”

Jonathan Cole is Research Fellow of the Centre for Public and Contextual Theology, Charles Sturt University, Canberra, Australia.  He is a contributing editor for The New Polis and author Christian Political Theology in an Age of Discontent (Wipf & Stock, 2019, forthcoming). 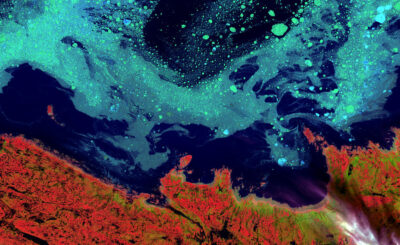 The Meaning Of January 6, 2021 – Editorial Response I (Roger Green) 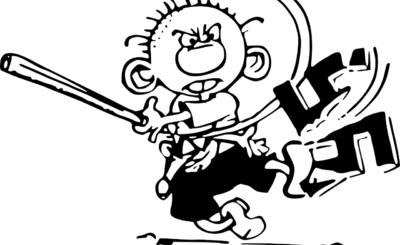 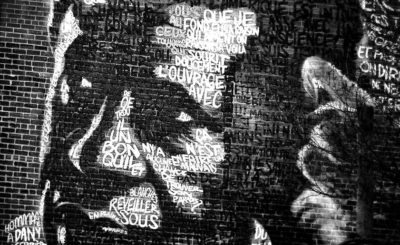 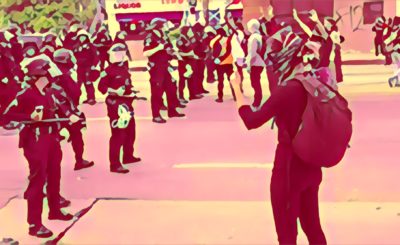 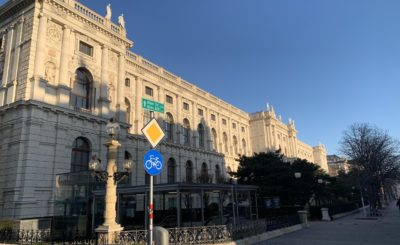