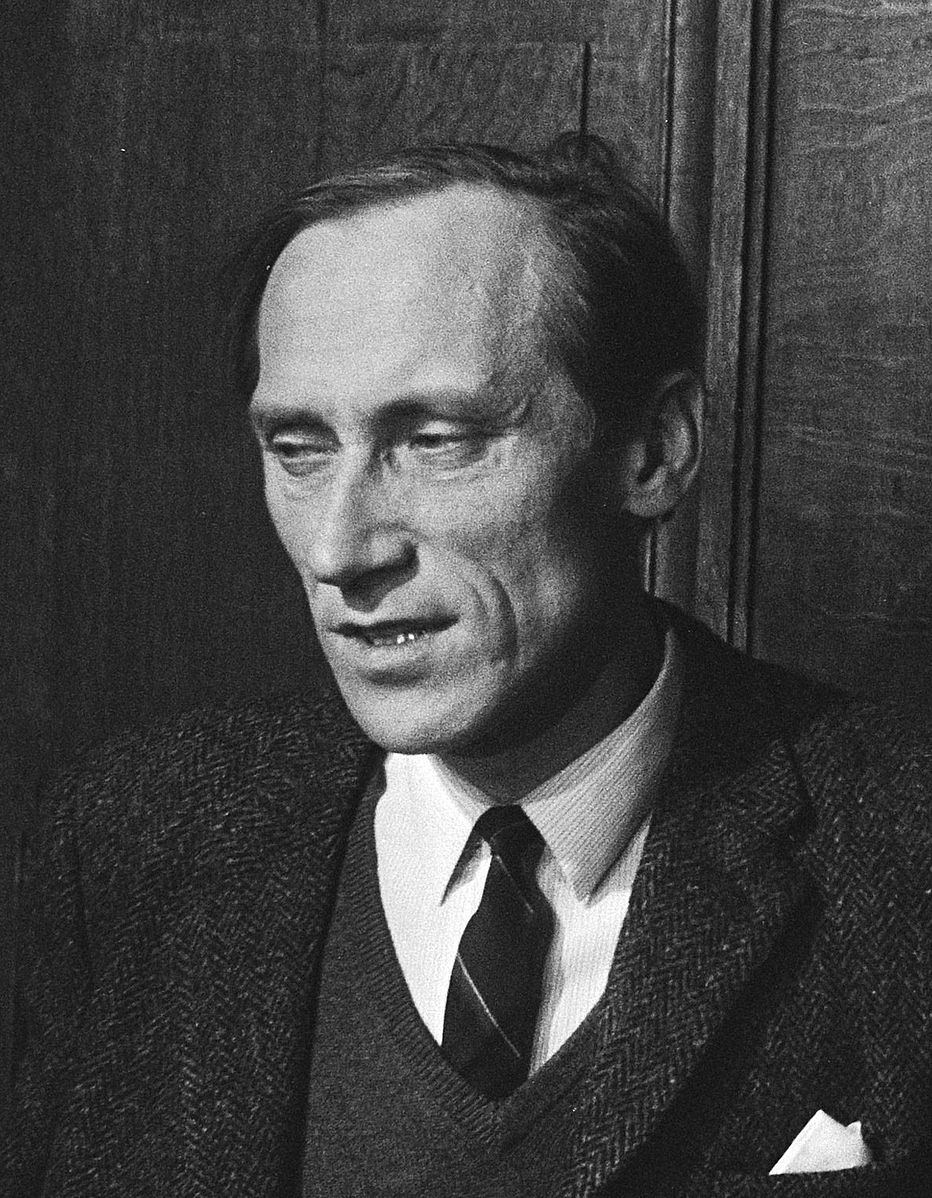 With increasing interest in new forms of Marxism today, from the post-Marxism of Ernesto Laclau and Hardt and Negri, to the value-form analysis of Marxism in the German Neue Marx-Lektüre movement led by the scholar Michael Heinrich, to post-structuralist readings of Marx in philosophers Alain Badiou and Slavoj Žižek, the philosophical origins of Marx’s thought have been a topic of debate. Much of this debate revolves around the question of universality and the generic being of Marx’s work up to the Economic and Philosophical Manuscripts of 1844 where Marx’s thought begins to turn to a more focused critique of the value-form and political economy.

In uncovering the origins of Marx’s early thought, many scholars have identified mystical Christianity as a formative genealogical precursor to Marx’s idea of dialectical history and universality. For example, the philosopher-historian Jacob Taubes locates Marx’s thought in the writings of the 12th century theologian Joachim of Fiore and his idea of salvation-based apocalyptic history. The philosophers Giorgio Agamben and Alain Badiou have similarly sought the theological origins of Marx in St. Paul and his idea of universal Christian community.

A neglected reading of the philosophical origins of Marxist thought is presented in the work of Leszek Kołakowski, the celebrated 20th century scholar of Marxism, who locates Marx’s philosophical thought in Neoplatonism. As I will aim to show, the Neoplatonist influence on Marx’s thought is important in large part because we find in it the source of Marx’s critique of religion. We also find in Neoplatonism a source for thinking the philosophical stakes around the liberation of the proletariat and the humanist framework it operates in.

In over one thousand pages of scholarship, Main Currents of Marxism—Kołakowski’s life’s work—presents a convincing case for the philosophical origins of Marxism in Neoplatonist thought. Kołakowski’s study of Marxism too often goes ignored by readers of Marx today. But the book is a tour de force, unearthing the origins and key periods of Marx’s thought, from the early Marx, to the Golden Age of Marxism up through Lenin, and concludes with the “breakdown” period of late twentieth century Marxism.

Kołakowski, who died in 2009, was a Polish humanist whose heterodox readings of Marx and staunch anti-Stalinism gained him high praise from the western academic establishment. Due to some of the reactionary currents he swam in, contemporary Marxists must take his insights carefully. Much of his work remains deeply important for Marxists to read and think through especially his work on the origins of Marx’s thought.

For Kołakowski, Marxism emerges as a philosophical approach to dealing with the problem of how to restore the contingency (species essence) of humanity, a question revolving around the reconciliation of essence and existence—a problem that stems out of Neoplatonism.

A core, if not the core, philosophical problem of Neoplatonism revolves around the conundrum that if nothing truly exists except for the absolute, the absolute is nothing; and if nothing truly exists but myself, I am nothing. Whatever is contingently real is therefore real on the condition that something else is real non-contingently, that is to say, is self-grounded. If the universe is dependent on the absolute, the absolute is indeed bound to be unique, otherwise two or more absolutes would limit, or compete with, each other, thus invalidating the assumption of self-sufficiency.

But since only the absolute is self-identical, as the Neoplatonist’s claim, man’s essence lies outside of himself and it is only by communing with the absolute that man is able to grapple with his own contingency. The political task of Neoplatonism revolves around the abolition of contingency, an abolition that subsumes man into universal being. For Neoplatonism, the intellect is submitted to the absolute like an indivisible whole. The task is to restore contingency (the absolute) by actualizing the absolute in one’s time. This materialist restoration of the absolute would be a move that Hegel and especially Marx would develop.

Neoplatonism links to Marx’s philosophical project from Christian theology with the Neoplatonist philosopher John Scotus Eriugena. Eriugena is really the first philosopher to present a history of the salvation of being by negation, i.e. man gradually becomes God. Eriugena argues that evil has no cause but is rather caused by the corruption of the will. Even though the world of creation is fallen, man can still come into touch with his absolute being. Eriugena argued that when we consider the whole, there is no such thing as evil. This emphasis on negation as a means of restoring contingency is also found in the medieval Christian theologian Meister Eckhart who sees being and God as one and the same. The task of the salvation of man, for Eckhart, is not to discover God in oneself but to destroy God in oneself.

For both theologians, only the absolute is self-identical, a claim Neoplatonist’s also hold in common. This means that man’s essence lies outside of himself and it is only by communing with the absolute that man is able to grapple with his own contingency. According to Kołakowski, this Neoplatonist lineage is precisely what Hegel would develop in his critiques of Kant. The mind is not only the first principle but is the only reality for Hegel, and the false assumption of the Kantian separation between reason and the absolute is that it assumes that the absolute is ultimately non-graspable by reason. For Hegel, reason must be able to access the absolute; otherwise reason is given a contingent role.

For Hegel, mind or spirit possesses the power to looks the negative in the face and dwell with it. Dwelling with the negative possesses a quasi-magical power that converts the negative into being. Hegel says that his thought presents the first break from objectivity in philosophy, in other words a break of reason realizing itself as mind capable of seeing itself and thus breaking with contingency. Importantly, since spirit actualizes itself in the world of culture and ethics, religion becomes a historically downgraded mode of operating with consciousness merely “of itself.” In other words, in religious forms of consciousness, consciousness has not been overcome. In lieu of religion, society must elevate to a position in which absolute knowledge comes to replace religion, a point in which being, truth and certainty of truth have all become one.

The elimination of the contingency of mind and the conquest of freedom must be actually possible for Hegel. The Hegelian dialectic is an account of the historical process whereby consciousness overcomes its own contingency and finitude by “constant self-differentiation” (59). Hegel’s philosophical framework thus follows Neoplatonism in its thinking that the abolition of contingency must result in the subsumption of mind into universal being.

During Marx’s time, the influential philosophical school known as the Young Hegelians asked what rules of reason must be adopted in order to discover the reason of history. In other words, they asked what are the rules of reason from history such that we can judge the world as it is now? The answer Marx develops, which breaks from the Young Hegelians, is that revolutionary theory must become a material force as soon as it takes a hold of the masses. Marx in his Theses on Feuerbach makes this argument most famously. To grasp the thing at its root, for the early Marx, is akin to grasping the essence of man. Thus, the task of revolutionary theory is to grasp the essence of man. But man cannot be saved unless he is delivered from contingency. Since realizing the absolute is beyond religion, Marx rejects non-materialist atheism.

As Marx writes in the Economic and Philosophic Manuscripts,

A bourgeois atheism posits that deformations of consciousness are to be found within consciousness itself, and not labor. This form of atheism remains a reactionary atheism. In the communist society Marx envisions, social relations will become transparent to all and will not be wrapped in religious mystifications.

It is important to note that by the time of his Economic and Philosophic Manuscripts of 1844, Marx begins to pivot from the problem of restoring contingency to focus on how the critique of political economy and especially the critique of the value-form.

The Limits of Neoplatonist (Humanist) Marxism

However, the Neoplatonist influence on Marx’s thought remains a central node of Marxist thought, which is to say that Marxist Humanism remains an important way to understand the philosophical stakes of Marx’s thought. Perhaps there is no more important Marxist Humanist in the 20th century than György Lukács, the Hungarian philosopher. Some of the most important contributions of Kołakowski’s work are found in his criticism—and praise—of Lukács in Main Currents.

For Lukács, the question of restoring contingency is an epistemological one. Hegelian theory demonstrates that the whole comes prior to the facts of social life, and therefore “the overall trend of historical evolution is more real than the data of experience” (999). The work of critique of the social totality cannot be reconstructed by accumulating facts; it comes about when the proletariat’s awareness of itself coincides with its own realization of the whole, of universal history.

Socialism is thus not a historical necessity for Lukács; it is already present in events. Socialism is the higher totality and to know the totality we must apply a dialectical method to the totality. But Kołakowski claims this argument becomes circular; i.e. how can the proletariat, by virtue of their exploitation (?) be placed in a privileged epistemological position vis-à-vis grasping the social totality?

Indeed, Lukács is perhaps the last great “worldview Marxists,” a term coined by Michael Heinrich to refer to a form of Marxism that places a unique and privileged role for the weltanschauung (worldview) of the proletariat as a quasi messianic class in capitalist society. Kołakowski’s work helps scholars of Marxism to identify a surprising philosophical origin point of Marxist thought in Neoplatonism.

What Kołakowski’s critiques of Marxist Humanism show is that the Neoplatonist emphasis of Marxism seems to disappear once Marxist thought crawls out from its worldview phase in the mid-20th century. But this philosophical pre-history remains a vital way to continue to grapple with Marx’s early project.

Daniel Tutt is a philosopher, interfaith activist and documentary film producer. Daniel is a Lecturer in philosophy at George Washington University and Marymount University, and he received a Ph.D. from the European Graduate School, where he studied under the supervision of the French philosopher Alain Badiou; one of today’s most important living philosophers. He is the co-editor of a new book, Theologies and Ethics of Justice: New Directions in 21st Century Islamic Thought, and his writing has been published in Philosophy Now, The Islamic Monthly, the Washington Post, the Huffington Post and he has essays in three different books of philosophy.