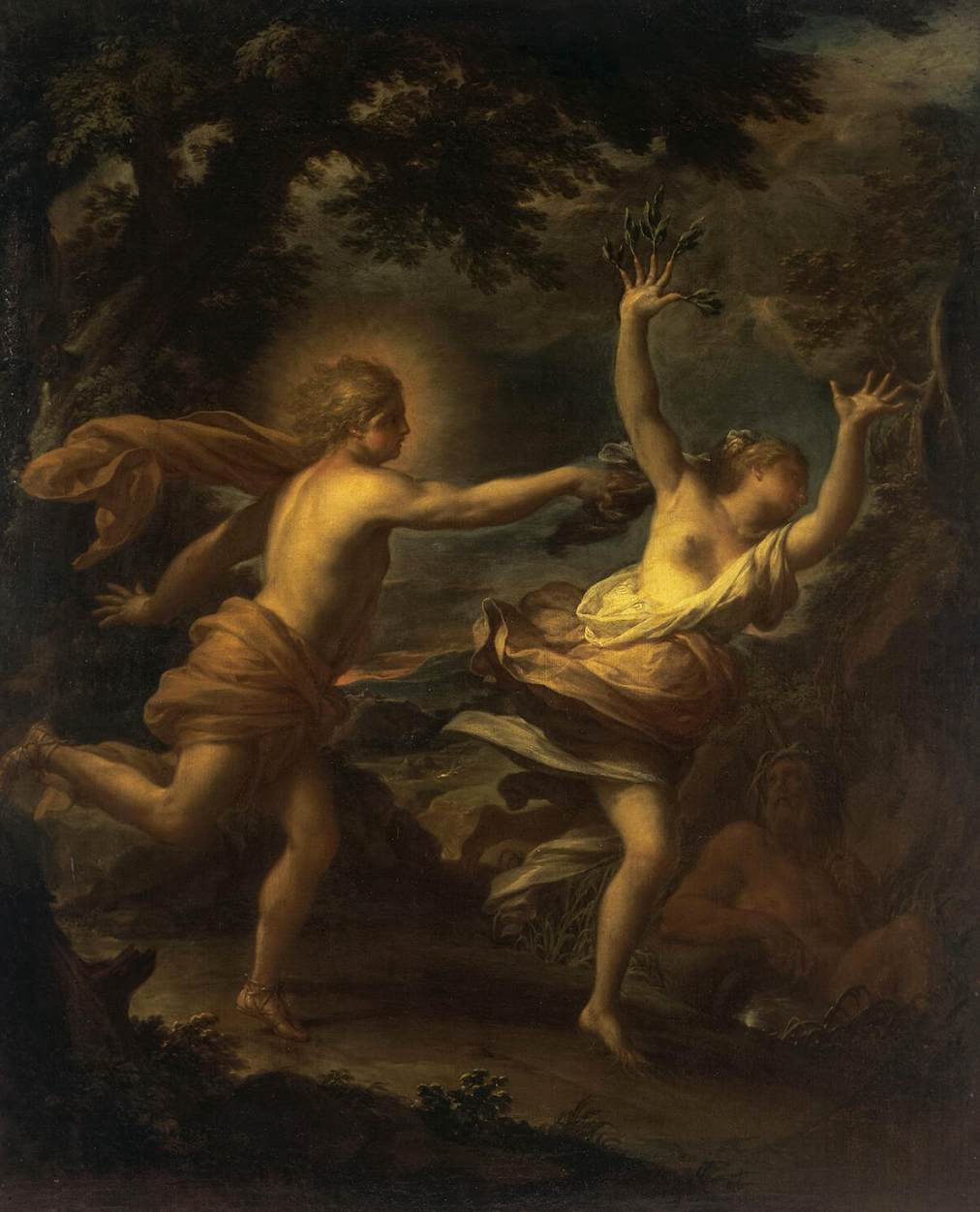 As I ended my previous post in this series, the postsecular moment has brought with it a broadening of application of the anti-Semitism the Horkheimer and Adorno describe with respect to the literary figure of “the Jew.” It is especially important to note this transposition with respect to current U.S. politics and discussions of neoliberalism. As I said, the implication of a postsecular lens is that neoliberalism works as an inherited structure of forgetfulness long-present within liberalism, that a substitution in naming is doing the ongoing work of enlightenment’s totalitarian impulse.

What is vexatious for the Christian enemies of the Jews is the truth which withstands evil without rationalizing it, and clings to the idea of unearned beatitude in disregard of worldly actions and the order of salvation which allegedly bring it about. Anti-Semitism is supposed to confirm that the ritual of faith and history is justified by ritually sacrificing those who deny its justice. (147)

In days when rhetorical charges of fascism all-too-conveniently arise to elide the nuances of populist movements, Horkheimer and Adorno remain relevant in their descriptions of the deep-seated mechanism of enlightenment in western thought. The impulse they describe is one that moves transhistorically and transgenerationally.

In section five of “Elements of Anti-Semitism,” they note that “the stock reply of all anti-Semites is the appeal to idiosyncrasy.” Idiosyncrasy raised to a conceptual order and presented as universal sediments over time into a “compulsive aversion” to anything outside it. “The motifs which trigger such idiosyncrasy are those which allude to origin” (148), and this appears in claims to “biological prehistory.”

Then, importantly for my study, Horkheimer and Adorno turn toward a literary motif by invoking the story of Daphne and Apollo. According to the myth, the god Eros/Cupid is offended by Apollo, who mocks his use of arrows, since Apollo was the god of archery. As payback, Eros/Cupid shoots Apollo with a golden arrow, making him fall in love with the nymph, Daphne. He then shoots Daphne with a lead arrow so that she will shun all of Apollo’s advances.

Daphne was also a follower of Artemis, goddess of the hunt, the wilderness, and chastity. The hunter becomes the hunted as Apollo chases after her. Eventually Eros/Cupid allows Apollo to catch up, just as Daphne calls out to her father, the serpent river god, Ladon, who guards the golden apples. In an earlier story, the virgin huntress Atalanta is chased by a suitor (Melanion), who distracting her with a golden apple is able to capture her.

Daphne’s father turns her into the laurel tree, yet Apollo’s love is not abated. He grants the tree eternal life as an evergreen and blends her leaves with his own hair. Implicit to the story is the masculine rationality and poetry which founds civilization through the sexual conquest of an unwilling, feminized, nature. “Civilization replaced the organic adaptation to otherness, mimetic behavior proper, firstly, in the magical phase, with the organized manipulation of mimesis, and finally, in the historical phase, with rational praxis, work” (148).

Here again we see the work that ‘the literary’ is doing in the philosophical argument. The layered allusions within the Western tradition serve as the frame by which Horkheimer and Adorno present their social critique. Here, they are working at the introduction of temporality which marks, as the figure of Polycrates in Herodotus does, the beginning of the human time and a shift away from the gods.

Their description of magic as being essentially mimetic echoes much anthropological thought of the period, although that field would also come to question the rationalized notions of “development” carried over from nineteenth-century European thought. In broader terms, the structural notions which critique a “naturalized” development by inquiring into “essences” would increasingly be challenged among structuralists themselves who critiqued claims to origin, initiating poststructuralism.

As a critical theory, that move toward historicization, itself informed by Marxian materialism, would come to be a major critique of impulses toward totalitarianism and nationalism. Critical theorists know this history well, but the literary bases for analysis remain under-recognized.

I am less concerned with the fact that one needs a certain amount of European education to unpack the complex allusions Horkheimer and Adorno reference than I am with the role that the literary references play in the analysis. Literature for them becomes the basis of their material critique. During the second half of the twentieth century, this approach to literature as material, rather than as the preservation of values themselves, would become second nature to literary studies scholars.

Of course, the flipside to some of this came in the form of efforts at “Great Books” education fronted by John Erskine and Mortimer Adler. Presenting the “crossover” theory against pragmatists like John Dewey, who sought more integration with emerging social theories and sciences, Great Books advocates proclaimed the enduring civilizing values of works intrinsic to Western civilization. One sees extensions of this line of thinking on the academic job market today in the programs that seek to bring “American-style” higher education to the Middle East.

But not only there. At the urban university where I teach, we see not only dogmatically materialist professors who want to foreground the benefits of “close reading” inherited by New Criticism of the 1930s and 1940s but also neoliberal emphases on inclusivity that emerge as efforts toward liberal politics of recognition. At the same time, we see dwindling numbers of literature students at working-class universities while Ivy League schools with large endowments see little of the “crisis in the humanities.”

Materialist critique loses its critical edge when we can no longer address the larger historiography of literary studies. Of the students who do populate the program where I teach, one sees familiar meritocratic impulses among working-class students wanting to be “educated” and “well read,” despite the fact that they are not a culture of readers. I myself have struggled with the same fantasy. That educational aspiration tends to be a transfer of “Great Books” thinking to merely more “diverse” and “inclusive” reading lists, forgetting the critical edge that more inclusive pedagogy is meant to have.

At the departmental level, we often play a game wherein the liberal values of Inclusive Excellence, which function as an accrediting factor set forth by the Association of American Colleges and Universities. These become the standards by which we compete for social and educational capital amid increasing irrelevance, erosion of tenure, etc. In a neoliberal arena of competition, the values become subservient to personal professional gain.

Interestingly, in lists of the categories for Inclusive Excellence, we often run toward “race,” “gender / gender expression,” “ability / disability,” and “sexual orientation,” while avoiding “religion.” The language that Horkheimer and Adorno use with respect to “the Jew” and “Christianity” becomes increasingly a place wherein one’s personal politics — which is not a protected category — may be weaponized by identity claims to “religion.”

Americans are woefully under-informed about religiosity, even while academics employ notions of “postsecularity.” We jump to popularized notions of a “wall of separation” from Supreme Court cases without understanding the content or processes of those legal decisions. We are generally wholly ill-equipped to deal with the critiques that Horkheimer and Adorno implicitly make regarding the political-theological underwriting of American institutions.

Looking back on Horkheimer and Adorno, I am constantly struck by their phrases.

All distraction, indeed, all devotion has an element of mimicry. The ego has been forged by hardening itself against such behavior. The transition from reflecting mimesis to controlled reflection completes its formation. Bodily adaptation to nature is replaced by “recognition in a concept,” the subsuming of difference under sameness.” (148)

This is the process by which they describe the transfer of mimesis of nature to the technological mimesis of the blindness of civilization. This is the “undisciplined mimicry” exploited by the Führer, inherited transgenerationally (149). This is the transfer of freedom within nature to the motive of “idiosyncratic freedom,” often abstracted as claims to “freedom of speech” among the alienated, that accomplishes the ongoing annihilation of difference. “The psychic energy harnessed by political anti-Semitism is this rationalized idiosyncrasy” (151).

They characterize this impulse as an advertisement for “freedom” which in no way thwarts the reality principle. Thus, those within that reality principle become able to “sniff out” the outsider by way of mockery. “Rage, mockery, and poisoned imitation are fundamentally the same thing” (152).

The impulse toward fascism is merely the speeding-up of a move toward totalitarianism. In its neglect and vilifying of nature it produces its own outcome goals. “Fascism is also totalitarian in seeking to place oppressed nature’s rebellion against domination directly in service of domination,” they write. This is why liberalism itself offers no protection for Jews yet as an order still needs them in order to establish its own ends.

It is here that we should recognize the reintroduction of concentration camps under the sanitized name of “detention centers,” as well as the impulse toward “indefinite detention.” What is produced is the endless enemy who is fodder for the sacrifice. The signifier, “Jew,” can then be widened, glossed, and resubstitute for any “enemy” to the alienated “organic” national body politic.

Importantly, Horkheimer and Adorno identify this as a Christianizing process within claims to enlightenment and civilization. Because Jews had laws unto themselves precisely substantiates impulses toward their erasure. “Because they invented the concept of the kosher, they are persecuted as swine. The anti-Semites appoint themselves executors of the Old Testament” (153).

This, of course, is a false projection, reversing “genuine mimesis” (154). From this, they claim that “In a sense, all perception is projection.” They take this critique back to Kant, who wanted to reduce perception itself to a faculty psychology. Gestalt theorists of the twentieth century become the inheritors of this trend, wherein genuine reflection is erased from the very behavior of thought itself (156).

As Horkheimer and Adorno move on in this fashion, their discussion incorporates into itself gendered and heteronormative descriptions of pathic elements that I will critique in my next post. Those who know more of their material will know this impulse as integral to their later critique of the “authoritarian personality.”

In my view, there are definitely limits to what Horkheimer and Adorno can say to us in the postsecular era, but we also ought to attend to their descriptions which merely seem to echo and reverberate in our intellectual discussions concerning the rise of neoliberalism. It is certainly worth rejecting them where they are wrong and not putting them on a pedestal, but it is also worth seeing the ways we might formulate our arguments in the twenty-first century within a larger critique of totalitarian impulses that they articulate.

Roger Green is general editor of The New Polis and a Senior Lecturer in the English Department at Metropolitan State University of Denver.  His work brings political theology into conversation with psychedelics and aesthetics.  He is the author ofA Transatlantic Political Theology of Psychedelic Aesthetics: Enchanted Citizens.