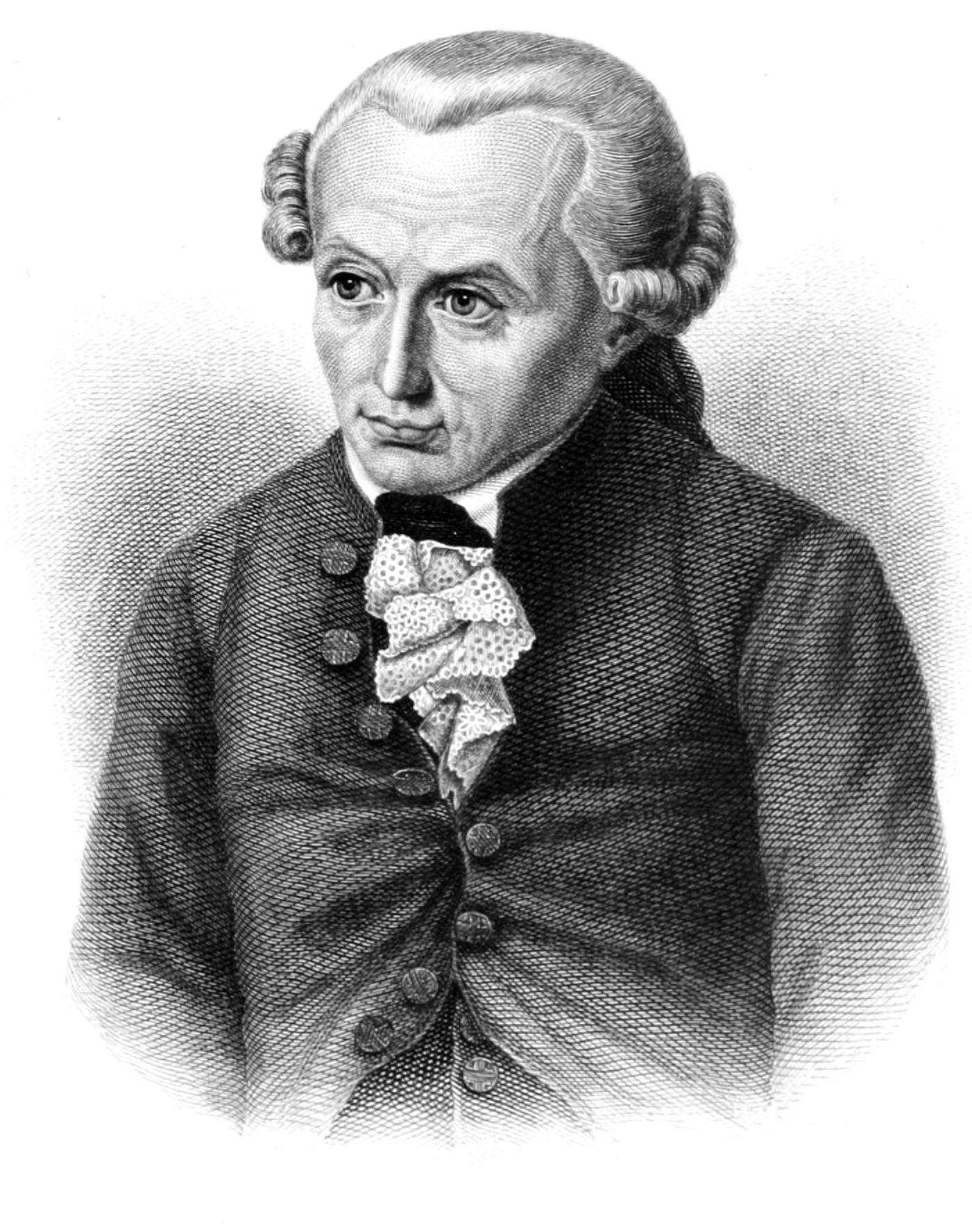 The full PDF version with extensive footnote documentation of Kant’s arguments can be found here.

Kant’s racism has received much attention in recent years. In opposition to the traditional response, which regards his racism as philosophically insignificant, some scholars argue it poses serious philosophical problems. Yet still others acknowledge an “early racism,” but claim Kant makes a “turn” vindicating the later philosophy.

Against these apologists, I point to other elements in later Kant that could equally explain his silence on the topic of race. Kant’s racism, I argue, not only persists throughout his life, but is conceptually built into his moral and political philosophy.

Kant authored several independent articles on race, and he discusses the topic on other occasions. His theory of race appears primarily in three published essays: Of the Different Races of Human Beings (1775, expanded in 1777); Determination of the Concept of a Human Race (1785); and On the Use of Teleological Principles in Philosophy (1788). Yet, it can also be traced back to the early essay Observations on the Feelings and the Beautiful and Sublime  (1764).

Further, Kant regularly delivered lectures on the question of race throughout his career under the headings of “anthropology” and “physical geography.” All of this demonstrates a persistent interest in race.

Two books came out of these lectures: one is Anthropology from a Pragmatic Point of View, which Kant himself edited shortly before his death, and the other is Physical Geography, assembled posthumously. The racist remarks appearing in these writings have been scandalous precisely because of Kant’s own professed commitment to moral universalism and political cosmopolitanism. Based on his philosophical legacy, one would expect a firm condemnation of the cruelty and violence of European colonialism.

Yet, although he sporadically criticizes European practices of slavery and the invasion of already populated territories, Kant also left a great deal of troubling records on other races. Since he spent his entire life in a little town called Königsberg, the materials of these works came from various sources such as explorers’ travelogues or other thinkers’ writings. Emmanuel Eze documents how the archives of Kant, and many other Enlightenment thinkers, are full of remarks imbued with racial prejudices.

The standard response to Kant’s writings on race has been dismissive, regarding it as an irrelevant to his contributions to philosophy. Robert Louden avers, “Kant’s writings do exhibit many private prejudices and contradictory tendencies. […] But Kant’s theory is fortunately stronger than his prejudices, and it is the theory on which philosophers should focus.”(105)

Willibald Klinké also ignores Kant’s theory on race with his simple insistence that “Kant’s eyes are fixed upon a kingdom of justice.” From this point of view, Kant is not blameworthy for his morally repulsive beliefs or attitudes toward non-white races, and his philosophy remains untainted.

Nevertheless, there is a strong case that Kant is not a victim of ignorance when it comes to racial differences. Kant develops his theory of race, which is a sign that it is not a regrettable personal prejudice, but the product of extended philosophical reflection. For a point of contrast, consider the views espoused by other thinkers of the time including that of his own student, Johann Gottfried Herder, which express a decidedly “more enlightened” opinion of other races. . This shows that it was possible for Kant to have thought otherwise. His racism is the result of the “willful ignorance” condoned by his time and society.

Kantian moral thought affirms the moral equality of all rational beings; it is in this rationality that one’s essential humanity consists. Yet, Eze claims that Kant’s concept of humanity extends only to white Europeans because other races – blacks, yellows, and reds – do not possess or use this rational capacity to the same degree as the whites.

Eze goes on to claim that, while Kant’s universal moral law purports to be neutral and impartial, it is, in fact, “colored” at its very foundation. Robert Bernasconi also argues that Kant’s position on race contradicts the fundamentals of his universalistic ethics. Charles Mills, in the same vein, argues that Kant’s moral universalism is logically linked to, or even, conducive to the development of racism.

George Frederickson further links the parallel developments of moral universalism and systemic racism disguised as scientific research. Therefore, a dismissive assessment of Kant’s racial thinking commits a double-error: It not only fails to see the significant role of racism in Kant’s philosophy, but also mistakenly presents race as philosophically irrelevant. Disguised color-blindness serves only as a cover for a functionally operative injustice.

In response to skeptical voices, some Kant scholars acknowledge the early racism, but argue that Kant later rejected it. Although these scholars disagree about the juncture of the supposed turn, the two representatives of the position I will discuss are united in acknowledging that there is a conflict between Kant’s moral theory and his comments on race, but argue he abandons such views, and therefore his critical philosophy and other mature writings remain unscathed. Sankar Muthu claims that the hierarchical and biological concept of race disappears in Kant’s 1788 essay On the Use of Teleological Principles in Philosophy.

According to Muthu, through the development of the idea of human freedom and the account of human diversity in Kant’s late moral and political works, Kant “explicitly defended non-European peoples and the equality of varying collective lifestyles (including pastoralism and nomadism) and vehemently attacked European empires and conquest.”(184)

Muthu’s argument, however, relies on the absence or the disappearance of Kant’s racist statements, not a clear repudiation of his earlier thoughts. Pauline Kleingeld likewise acknowledges Kant’s racist position in earlier work, but argues that Kant adopted a genuinely egalitarian  position  in  the 1790s.

According to Kleingeld, this turn took place after the publication of On the Use of Teleological Principles in Philosophy (1788) and before the completion of Toward Perpetual Peace (1795). Kleingeld’s argument is two-fold: First, exegetical evidence suggests that Kant dropped his view of a racial hierarchy and moved toward a more cosmopolitan point of view; second, race no longer has direct bearing on people’s moral standing in Kant’s later work.

Indeed, Kant’s Toward Perpetual Peace introduces the cosmopolitan right into the tripartite public rights. The league of nations allows nomadic tribes to live peacefully side by side with agricultural tribes. Kant’s proposal in Toward Perpetual Peace clearly contradicts his own earlier instruction to train black slaves. Kleingeld also maintains that Kant “ascribes the ideal of military courage equally to Native Americans and medieval European knights. This stands in marked contrast with his earlier insistence on the weakness and inertia of Native Americans.”(589)

Although Kleingeld’s defense of Kant sheds important light on the new di- rection of Kant’s cosmopolitan thought, her argument suffers the same error as Muthu’s. Upon closer examination, one may equally find sporadically some- what “nicer” things that Kant had to say regarding non-white  races even  in his earlier writings.

Kleingeld claims, “He gives no indication of when or why he changed his views. He makes no mention of a racial hierarchy anywhere in his published writings of the 1790s, however what he does say about related issues contradicts his earlier views on a racial hierarchy.” (586) This argument, too, relies on the absence of visceral racist remarks rather than a positive renunciation.

In what follows, I will argue that these attempts to defend Kant are neither successful nor necessary. I will suggest that there are other changes in Kant’s later writings that could equally explain his silence on the topic of race without leading to the conclusion that he therefore jettisoned his racist views.

The Role of Inclination and Kant’s Thoughts on Race

This framework remains similar in his various lectures on anthropology; however, in contrast to the enthusiasm of his earlier lectures, Kant makes only sketchy re- marks, filling less than a page in the version published before his death. Such a nonchalant presentation may well be interpreted as a revised view on race in his later thoughts as we have seen contended. Nevertheless, careful examination reveals an opposing interpretation.

In the passages immediately following the section on race, Kant claims that we naturally think badly of others – be it other individuals or specific groups – and thus we should not honestly reveal our feelings if we ever wish to live in peace. For Kant, human nature is ingrained with selfish desires or inclination toward evil, thus the tendency to think ill of others is taken for granted.

Nevertheless, on his view, it is still possible and necessary to reach universal peace. The final end of humanity – morality – will only be reached when we live in a perfect civil constitution, where the well-being of humanity is no longer interrupted by wars and other kinds of evil. Yet, how is such a peaceful relationship possible with so many raw sentiments?

Kant notes, “every member of our race is well advised to be on his guard and not to reveal himself completely” if he ever wishes to live peacefully with other people.(191) What we find here and the passage cited above is the suggestion to consciously conceal one’s feelings toward others despite the propensity to be ill-disposed.

Kant firmly believes that selfish desires can be successfully mitigated by the opposing tendency to bring about the good. According to this logic, there is no real contradiction between racial antagonism and entering into civil polity: the latter provides a frame setting boundaries on the former. Racial hierarchy is hence, not only compatible with, but actually conducive to progress towards cosmopolitan union. Kant’s conception of progress as requiring the tensions brought about by differences thus links the horizontal differences into vertical progress.

This conception of progress, however, is hardly uncontroversial, especially among decolonial scholars. As Todd Hendrick points out, “it is hard to see how hostility, hierarchy, and division are supposed to be conducive to, not to mention necessary for, moral progress.” (259) From this point of view, Kant’s narrative offers nothing more than an excuse for conflict amongst different races.

Accordingly, one cannot simply charge Kant with hypocrisy. Kant claimed, or hoped, that individuals ought to overcome their rough-and-raw sentiments by strictly obeying the self-imposed principles of pure practical reason. Over and against our empirical incentives, Kant claims that the sense of moral duty ought to dictate action.

In a conflict between inclination and obligation, Kant insists we follow obligation. In fact, the stronger the obstacles to overcome, the more virtuous we become. On this view, private feelings toward different groups of people, all too often offensive and derogatory, will eventually lose their caustic impact in the public realm by mediation through institutional regulations.

I would like to ask, however, whether it is reasonable to expect people to break from their primary motives when dealing with historically entrenched  vices. Social antipathy and repugnance are harmful and wrong even when curbed by law in the public realm. For those committed to combatting and eradicating the roots of racism, I contend that Kant’s liberal stance is utterly insufficient as a remedy for deep-seated vices such as racism. His suggestion that we adopt a peaceful public relationship with one’s recalcitrant racist attitudes withheld in privacy is no more than a tepid gesture for a modus vivendi.

This essay illustrates just one of the consequences of the Kant’s problematic severance of reason and emotion, which leaves particularities such as race out of moral consideration. Claims that Kant drops his racism at a certain time or has other theories to serve as an antidote fail to engage with the real foundation of the problem. Reading Kant’s thoughts on race, we ought to focus our analysis on those elements within Kant’s own work that obscured even from him the extent to which his views on other races have self-defeating consequences for his broader moral and political philosophy. 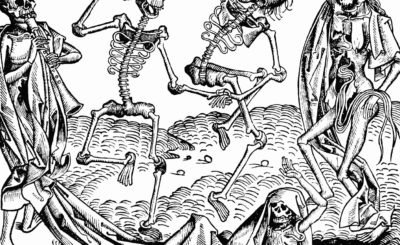 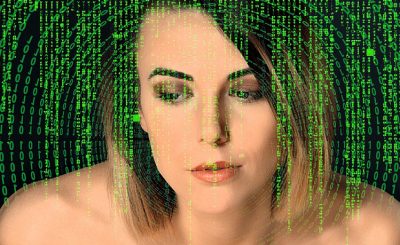 On The Philosophical Backdrop Of “Alternative Facts” And “Fake News”, Part 1 (Carl Raschke)