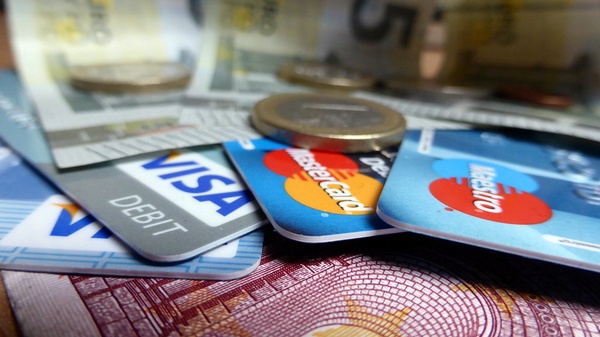 Participants are invited to join us live in the ninth of a monthly series of “Critical Conversations” (Zoom webinars) with eminent scholars from around the globe. You may sign up through the registration link below.

All Critical Conversations will be recorded and republished along with edited transcripts.  A related critical conversation on Neoliberalism and Political Theology can be watched here.

When: Tuesday, May 18, 10am Mountain Standard Time

Our ninth Critical Conversation focuses on credit, debt, and theology. Our central interlocutors will be Philip Goodchild and Devin Singh, though New Polis contributors such as Carl Raschke and Joshua Ramey have explored similar topics.

While the ancient world offered various forms of large-scales debt forgiveness, contemporary global capitalism grew from specifically eurochristian aspirations to empire that produced colonialism. It is not that empires, indebtedness, and slavery did not exist before. As Philip Goodchild explores in Credit and Faith, “the Financial Revolution in England was able to conceal the credit economy which was its foundation and foster the pursuit of self-interest as the apparent means to the common good” (9). Yet this concealment allowed “the modern world to imagine the economy in independence of theology,” creating a false divide between secular and religious that hides a theological structure.

Goodchild argues, “When economic life is misrecognised as ‘free market capitalism’ rather than as a distinctive ordering of the creative power of investing value (based on credit and debt), there is a divorce between thinking and being” (10). While recognizing that there are many articulations of Christianity today, Goodchild emphasizes the concept of ascesis in its ability to transform mindsets (8).

Devin Singh’s Divine Currency tracks genealogies of economic thought from the ancient world, giving lie to common assumptions that money is profane material, separate from spiritual substance. Building on the work of Foucault and Agamben, Singh connects the emergence of money in relation to sovereignty. As he qualifies his argument,

I do not argue that theology simply derives from the monetary economic realm, operating as a superstructural screen for a more primary ontologically foundational economic foundational base. Neither is monetary economy simply an incarnation of a preceding theological reality. The intermeshing that I highlight points to a horizon of union between money and theology that recedes from grasp and yet that can still be posited.” (18)

Singh’s genealogical and archaeological work is inflected in his treatment of of current “theopolitics” by which he means a “‘zone of indistinction’ between theology and politics in the discursive realm” (12). Narrowing his argument to “the West,” Singh illustrates common economic conceptions by which God “mints” subjects, building out of Greco-Roman conceptions creating an “implicit understanding of the divine Son as the numismatic stamp that imprints the image of God on humanity” (24). Christ as coin is copied (imago) in the human subject which can be “reminted” from tarnished states.

Singh describes a theopolitics based on God as an economic administrator. He argues that “this view of God is at work as a background assumption in patristic theological discourse and results from the influence of Greco-Roman economic administration and monetary practice in the wider culture” (7). Like Goodchild, Singh problematizes recent thought that would separate theology from economics.

Critical Conversation nine puts Goodchild and Singh in dialogue with each other concerning the implications of their respective projects. They will each discuss their work and ask each other questions. Carl Raschke will respond and interact with them, and then we will have open conversations and questions from audience members.

Philip Goodchild is Professor of Religion and Philosophy at University of Nottingham. His expertise is in continental, especially French, philosophy, and its relation to religion. He also studies the philosophy of political economy. His main books include: Gilles Deleuze and the Question of Philosophy (1996), Deleuze and Guattari: An Introduction to the Politics of Desire (1996), Capitalism and Religion: The Price of Piety (2002), Theology of Money (2007/2009), and Philosophy as a Spiritual Exercise (2013). He has edited books in continental philosophy of religion, including Rethinking Philosophy of Religion: Approaches from Continental Philosophy (2002), Difference in Philosophy of Religion (2003), and coedited with Hollis Phelps, Religion and European Philosophy: Key Thinkers from Kant to Žižek (2017). He is currently working to publish a three volume work on philosophy of religion and political economy: Credit and Faith (2019), Economic Theology (2020) and Metaphysics of Trust (2020).

Devin Singh is Associate Professor of Religion at Dartmouth. Singh studies religious thought in the modern West and in sites of colonial encounter, with attention to the Christian tradition and its interaction with economy and politics. In addition to the history of Christian thought, his research engages the philosophy of religion and social ethics. Singh explores questions of religion and politics, religion and economics, secularization, sociology of markets and money, and race & coloniality in relation to religion. Singh identifies with the categories of Asian American, multiracial, third culture, and Brown, and his experiences of racialization and internationalism inform his research, writing, and teaching. His first book, Divine Currency: The Theological Power of Money in the West (Stanford, 2018) examines the ways early Christian thinkers made use of monetary and economic concepts as they created Christian doctrine, and how this close relationship between theology and money has lent a sacred aura to economics as it developed in the West.