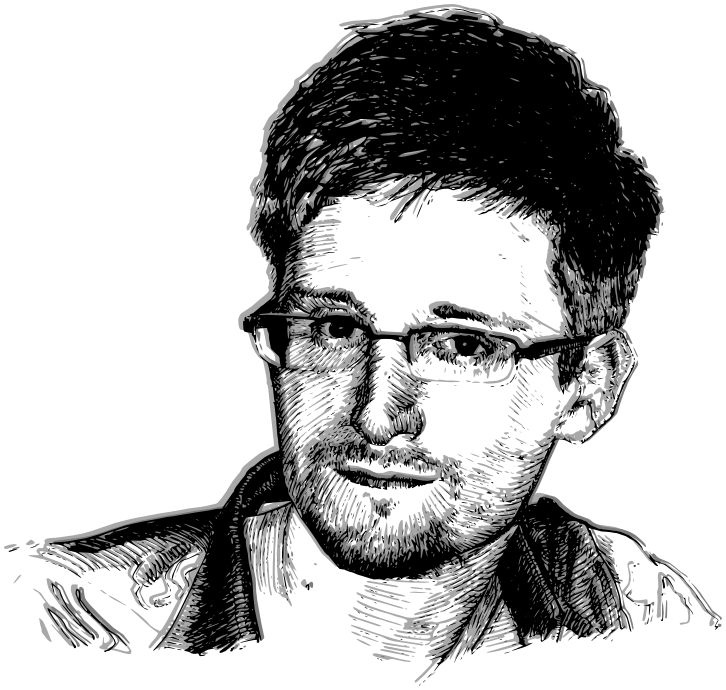 The following is the last of a two-part series. This portion examines the case of Snowden in detail. The first installment can be found here.

The Case of Edward Snowden as Deliberative Democratic Disobedience

Edward Snowden, the ex-CIA systems analyst who revealed information about classified mass surveillance programs of the National Security Agency in early June 2013, does not qualify as someone who has engaged in civil disobedience according to Rawls’ liberal theory because he strictly speaking does not meet two of the justificatory conditions.

First, Rawls stipulates that since civil disobedience is a public act, one should inform society about your intended plans to undertake this form of protest (320-321). However, Snowden did not inform the authorities about his plans to leak classified documents about NSA programs that gather information about millions of American citizens and citizens worldwide. Snowden traveled from Hawaii to Hong Kong before his leak to The Guardian and The Washington Post became public.

This condition of advance publicity seems to be self-defeating, because if he had informed the authorities in advance, they would have intervened since the disclosure was related to secret government documents. This consideration seems to suggest that Rawls’ liberal theory is indeed unduly restrictive. Instead of the condition that one should give advanced notice of your plans, it seems more plausible to take as a condition that one is willing to engage in a serious dialogue.

Given this broader and more plausible condition, Snowden seems to be a civil disobedient, because after he disclosed the classified documents he exposed his personal identity and attempted to explain his reasons for leaking documents about the NSA programs to the general public .

Snowden has argued that he would most probably not receive a fair trial if he would return to the United States. According to Rawls’ fidelity-to-law condition that one should be willing to accept proper legal punishment, it does not seem to matter whether the trial itself would in fact be fair or not. This condition merely specifies that one should be willing to accept the legal consequences, even if the law in question is patently unjust and by extension if the trial is unfair.

While Snowden might not be a civil disobedient according to Rawls’ fidelity-to-law condition, he does qualify as such if we adopt the more modest condition that a civil disobedient should be non-evasive in a broader sense. Through exposing his identity after the publication of the two newspapers, Snowden exposed himself to possible prosecution and thus showed himself to be willing to face the consequences of exposure and the serious risk of being arrested.. Interestingly, Snowden recently indicated in February 2016 that he would now in fact be willing to return to the United States if “the government could guarantee a fair trial where he can make a public interest defense of why this was done and allow a jury to decide”.

Snowden’s recent comment that he would be willing to make a “public interest defense” of his disclosures of the NSA programs highlights an interesting pattern in the public reason-giving of Snowden for his whistleblowing. While Snowden has obviously called attention to the fact that the NSA programs constitute an infringement of civil liberties, it is particularly interesting that his main explanation, which he repeatedly puts forward in many of his early and recent interviews, essentially constitutes a democratic argument in defense of the civil interests of the general public.

For a representative example, it is interesting to note Snowden’s interview with the American journalist Glenn Greenwald, which was published in The Guardian on 11 June, 2013. Around the beginning of the fifth minute of the interview Snowden makes the following remarks:

I’m just another guy who sits there day to day in the office, watches what’s happening and goes: ‘this is something that’s not our place to decide, the public needs to decide whether these programs or policies are right or wrong. And I’m willing to go on record to defend the authenticity of them and say: “I didn’t change these, I didn’t modify the story, this is the truth, this is what’s happening, you should decide whether we need to be doing this” (2013, my emphasis).

It is interesting to note that Snowden indicates that after discovering the NSA mass surveillance programs his first response was that the public should be able to make an informed decision about these programs. This democratic defense seems to broadly fit Markovits’ republican theory of civil disobedience, in which this form of protest is justified as a way to redress ‘democratic deficits’ in political decision-making processes.

However, in the case of the NSA programs there are not merely ‘democratic deficits’. According to Snowden, the primary problem is that there is no properly democratic decision-making process about this specific policy at all. His claim is that this policy should have been made an object of public deliberation rather than a covert aim of a secret organization. This aligns well with Markovits’ republican claim that civil disobedience is justified when democratic deficits occur, because in these situations citizens no longer are “the active agents of collective decisions” (1933).

Snowden seems to claim that the NSA has not merely attempted to achieve their valid aims of maintaining national and international security without democratic engagement, but that the NSA has been conducting a seriously ineffective program that unnecessarily violates the privacy of individuals on a massive scale (2013).

Even if Snowden were to argue that such surveillance would be necessary for safeguarding the security of citizens and that it would be worth the price to sacrifice personal privacy, he could still maintain that this decision, whether it would be worth the price, should have been democratically decided upon. In that regard it can be seen that Snowden’s fundamental worry seems to be the blatantly undemocratic way in which this policy has been covertly enacted.

At this point it is important to call attention again to the contrast between Rawls and Markovits: while Rawls’ liberal theory implies that only violations of rights and not only harms to interests can justify disobedience, Markovits’ republican theory of civil disobedience suggests that democratic deficits can justify such political protest. Given that in many of his public interviews Snowden primarily targets the ‘democratic deficits’ of the NSA program, it seems that Markovits’ republican theory is better suited to capture Snowden’s whistleblowing than Rawls’ liberal theory of civil disobedience.

Smith’s deliberative democratic theory, which attempts to be a synthesis of the best aspects of both liberal theories and democratic theories of civil disobedience, seems most able to capture Snowden’s dual concern about democracy and justice, because it contains substantive liberal principles of justice as well as procedural principles of democracy. Markovits’ republican theory prefers only to protest deficiencies in the democratic process and not so much policy outcomes. Smith’s deliberative democratic theory is, however, better suited to protest both procedural problems and policy outcomes, because this dual defense will have more persuasive power in the public sphere, which is clearly central in this theory.

According to Smith’s account, civil disobedience is justified in order to raise awareness about issues of urgent concern to the democratic community in the public sphere. The best way to achieve this might be to provide a critique of domestic or foreign policy when governments do not adequately fulfill their obligations to respect basic civil liberties.

Activists can also argue for the urgency of dealing with a policy by showing that it might have irreversible consequences when the government does not take competent action (60-61). It is precisely these considerations that have initially moved Edward Snowden to take action as can be seen in the following quote from the interview with Glenn Greenwald: “Once he reached the conclusion that the NSA’s surveillance net would soon be irrevocable, he said it was just a matter of time before he chose to act. “What they’re doing” poses “an existential threat to democracy,” he said.”

Later on in the interview Snowden states: “I can’t in good conscience allow the US government to destroy privacy, internet freedom and basic liberties for people around the world with this massive surveillance machine they’re secretly building”. Given the irrevocability of the NSA programs, Snowden choose to act because they violated both democracy and privacy rights. Smith’s deliberative democratic theory can capture this dual aspect better than Markovits, because his republican theory overemphasizes procedure with almost no regard for substantive principles, whereas Smith’s account combines democratic procedure as well as substantive liberal principles.

The dimension of the public sphere in Smith’s account provides another important reason why his deliberative democratic theory neatly captures Snowden’s actions. Snowden’s primary intention was to inform the public about government policies that lack judicial and congressional oversight and thereby start a debate in the public sphere about the parameters of privacy and security. In doing this, he attempted to accentuate the democratic importance of systematically scrutinizing government policies by disclosing crucial information and actively encouraging rational debate. Snowden has thus drawn attention to the fact that personal privacy is a fundamentally important interest, which government policies should not be allowed to erode without serious democratic deliberation.

In this essay I have first provided an overview of Rawls’ liberal, Markovits’ republican and Smith’s deliberative democratic theory of civil disobedience, in order to provide a framework for an analysis about which account might best capture the civil disobedience of Edward Snowden. Rawls’ justice-based account of civil disobedience contains quite strict conditions that seem difficult to satisfy. Particularly, Rawls’ publicity and fidelity-to-law condition do not seem to be strictly applicable to Snowden’s case.

In Smith’s deliberative democratic account, civil disobedience is justified as a strategic device for raising awareness about urgent social and political questions of collective concern in a democratic community. Given that Edward Snowden’s primary motivation is based on the dual argument that the public should be informed about important government policies that seriously violate their rights, it appears that Smith’s democratic deliberative account is best able to capture the specific nature of Edward Snowden’s civil disobedience.

Daniel Muller is a graduate student in the Faculty of Philosophy at the University of Gronigen in the Netherlands.