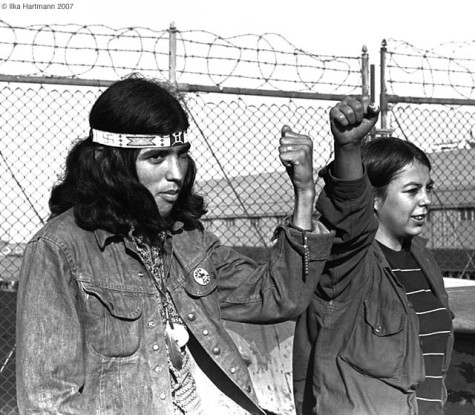 In my previous post, I discussed some of the parodic qualities by which the notion of madness occurred in the generation following Horkheimer and Adorno’s Dialectic of Enlightenment. Many readers will easily see the fluid connection with Michel Foucault’s work, and it has been part of my intention in this series of posts to highlight some of the continuities across twentieth-century continental thought.

“Madness” in this context, I argue, takes on a particularly literary qualities. As this series has explored, I am particularly interested in the ways philosophers and critical theorists like Horkheimer and Adorno rely on unqualified aesthetic notions of “the literary.” One reason why Dialectic of Enlightenment is so intriguing for this conversation is its unabashed location of enlightenment within the “western” literary tradition since Homer.

As they continue with their indictment of the totalitarian qualities embedded within liberalism, Horkheimer and Adorno track a multi-stage process from individuation assumed by a rights-based society toward a mass culture where hyper-individualization becomes a covert way of swaying mass society’s behaviors. This is not necessarily through ideology but through what Pierre Bourdieu would later term habitus. In the context of fascism, the emotional sway of a mass toward the “un-thinking” that Hannah Arendt identified as the accompaniment to the “banality of evil” was of central concern to critical theory.

Horkheimer and Adorno, as I have tracked, were very much ahead of the game in identifying what is now referred to as neoliberalism. For that reason alone their work remains important and worth rereading. As they move on with their critique, they warn of the internationalization of party tickets. The “madness” that they analyze is again tied into a literary allusion.

Illusion has become so concentrated that to see through it objectively assumes the character of hallucination. To vote for a ticket, by contrast, means to practice adaptation to illusion petrified as reality, which endlessly reproduces itself through such adaptation. The reluctant voter is therefore ostracized as a deserter. Since Hamlet, hesitation was for modern people a sign of reflection and humanity. The wasted time at once represented and mediated the gap between individual and universal, as circulation does between consumption and production in the economy. Today individuals receive their tickets ready-made from the powers that be, as consumers receive their automobiles from sales outlets of factories. Conformity to reality, adaptation to power, are no longer the result of a dialectical process between subject and reality but are produced by the cogs and levers of industry. The process is one of liquidation instead of sublation, of formal instead of determinate negation. (170)

I have explored at length elsewhere how Herbert Marcuse took up this problem regarding “Repressive Tolerance” and Eros and Civilization. I have also characterized neoliberalism as an attempt to manifest the unconscious itself, to create a society of security based on “full disclosure” and the alleviation of privacy while simultaneously instilling an uncritical valuation of individual “liberty.” But Horkheimer and Adorno see this as the instrumentalization of enlightenment itself.

This is why I think their reliance on Hamlet remains significant. The “liquidation” of the subject through this instrumentalization is indicated by the thoughtless extermination of Jews devoid of actual experience (171). In this analysis, Jews themselves are not immune to to ticket thinking either. Liquidation of a people becomes a ticket item like any other.

It is not just the anti-Semitic ticket which is anti-Semitic, but the ticket mentality itself. The rage against difference which is teleologically inherent in that mentality as the rancor of the dominated subjects of the domination of nature is always ready to attack the natural minority, even though it is the social minority which those subjects primarily threaten. (172)

Trying to pin down a “socially responsible” elite is difficult, yet necessary, because the fascist ticket is one that deprives thought, and so “Enlightenment itself, having mastered itself and assumed its own power, could break through the limits of enlightenment” (172). In this context, we have the possibility of re-contextualizing Horkheimer and Adorno’s reliance on the literary and western culture.

For those who are determined to see Horkheimer and Adorno as theoretical elites, such a sentiment ought to be weighed against their claim that “Hitler was against intellect and humanity. But there is also an intellect which is against humanity: it is distinguished by well-informed superiority” (173). Likewise, the reading that Horkheimer and Adorno are somehow nihilistic with respect to European culture — often espoused by conservatives in the United States — is simply a misreading.

To a certain extent, Horkheimer and Adorno fall into the same trap that David Scott fell into in my early posts, relying on notions of tragedy. Postcolonial thought fell into this trap through its textual reliance on the classics of western culture. Wonderful as it is, this is expressed in works such as Aimé Cesaire’s Une Tempête (1969). Although, strictly speaking, Shakespeare’s Tempest is not a tragedy, the parodic elements de-couple the aims of emergent enlightenment from its inherent humanism.

As David Scott writes with respect to Dialectic of Enlightenment,

And consequently, this folding of Dialectic of Enlightenment through a poetics of tragedy potentially inspires the cultivation of an idea of politics and of ethical-political action that depends less on the heroism of the sovereign revolutionary subject and the renewal of humanity it promises to initiate, and more on a receptivity to the paradoxical reversals that can unmake and disrupt our most cherished ideas. (190)

The hybridities between irony, parody, and the poetics of tragedy have preserved a frame of enlightenment. Horkheimer and Adorno are important because they situate the impulse within a far more ancient tradition than the Homo faber of modernity. The underside of this is the appropriation of madness exhibited by the ludic exhaustion of psychedelic aesthetics.

The next generation’s fascination with madness expressed through Foucault and poststructuralism’s fascination with Lewis Carroll and the Marquis de Sade sought an inquiry into the remains unassimilated by enlightenment under the same recovery impulse that Horkheimer and Adorno sought by addressing the irrational impulses instrumentalized by totalitarianism.

Despite the fatigue and exhaustion, like postcolonialism, such projects were hopeful of distilling within contradiction itself a return to thinking. The hyper-thinking of postmodernity is expressive of this attempt, while the anti-intellectualism of “anti-theoretical” impulses became co-opted within university thinking in the United States, particularly.

Stuart Hall adeptly responded to this situation with respect to Cultural Studies in the late 1980s and 1990s. Hall importantly noted the ways gender theory had problematized early Cultural Studies impulses. And the literary remains important here. Why address Hamlet when it comes to a discourse on madness but not Ophelia?

Even so, as Jean Rhys’s Wide Sargasso Sea (1966) wonderfully dramatizes, the “madwoman in the attic” is partially driven mad because her protagonist, Antoinette Cosway, of mixed descent, seeks to employ the powers of Obeah to restore the love of Mr Rochester, who is troubled by her mixed race descent. In seeking from Christophine the powers to restore love, Antoinette propels her own confinement to Rochester’s attic, to which she must set fire as a reiteration of the fire set by former slaves of her home plantation in Jamaica.

The attempt at reconciliation encodes one’s own demise. The attempt at identifying with one side to save another is itself the harbinger of doom. Antoinette Cosway is neither entirely heroic nor entirely victim. The reader does not have access to her fate. The important lesson here is a warning against the uses of enchantment to reconcile totalitarian and enlightenment-driven impulses with liberatory ones, yet we see just this attempt so frequently in our now “posthuman” aesthetics from cinema to television to novels.

Most often, works persist in searching for a remainder from the entirely androcentric notion of humanism. Gender critiques included, androcentrism remains persistent. For example, I recently ran into a friend of mine who, along with a group of women has created a woman-only collective to buy land along the front rang of the Rocky Mountains to establish havens for women in a “back to the land” impulse.

Laudable and understandable as such impulses may be, the reliance on property and the ignorance of the conundrum of stolen land from indigenous people who still live here underwrite such impulses to “liberation.” In so many cases, queerness must rely on the mechanisms of liberalism, a playing of the politics of recognition against itself while poetically creating new possibilities for ways of being.

On the one hand, I commend such impulses for their necessary rejection of patriarchy. On the other hand, I continue to see the same problem that persists throughout Horkheimer and Adorno’s work. The complete lack of imagination surrounding indigenous ways of being which, though largely differentiating between the energies of men and women respectively, remain capable of holding transgendered ways of being, as Tink Tinker has recently discussed on our blog.

The parsimonious elitism by which one may charge me with “romantic essentialism” here needs to be kept in check by a resistance to the anti-intellectualism allergic to theory. I am in no way advocating an archaic revival informed by liberal pretensions to the “pre-political” or “state of nature.” As Tink Tinker, will address in a forthcoming post, attending to indigenous theories resistant to eurocentrism remains important for addressing current exigencies surrounding various crises in liberalism.

The claim that “theory is dead” speaks to the crisis of imagination by which descendants of enlightenment remain in a state of exhaustion and a refusal to address ways of being entirely non-europeans and outside of the globalizing processes of capitalism. It remains Eurocentric in relegating such thought to a discourse of “race” that is itself a carryover by which Eurocentric thought encoded its own identity in a legacy of “whiteness” against an indigenous “other.”

As I have suggested in multiple posts, this requires an analytic of “eurochristian,” by which we mean a social movement and not a “religion.” Horkheimer and Adorno were on the right track in locating the plights of indigenous peoples against the dialectic of enlightenment, but a general lack of attention to indigenous issues has obscured the prescience of their thinking, and they themselves remain constrained by the limits of enlightenment. I direct readers to Tinker’s forthcoming post and my own responses, and I hope this series has indicated a way of thinking in that direction.

Roger Green is general editor of The New Polis and a Senior Lecturer in the English Department at Metropolitan State University of Denver.  His work brings political theology into conversation with psychedelics and aesthetics.  He is the author of A Transatlantic Political Theology of Psychedelic Aesthetics: Enchanted Citizens.