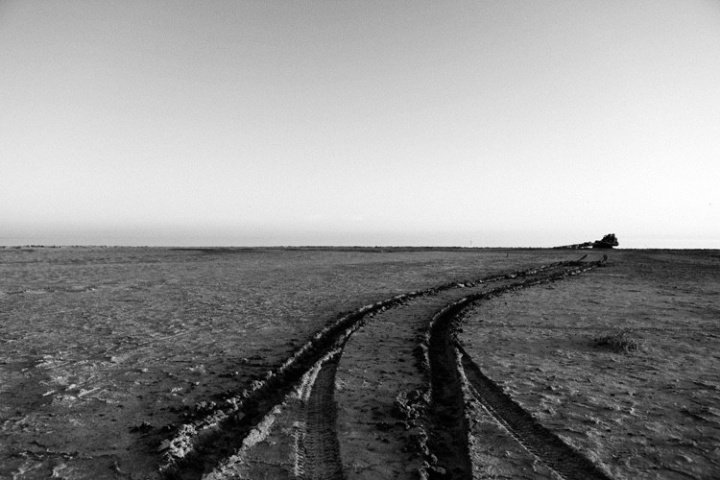 The following is the second of a two-part series.

Ultimately, Donald Trump won out in the 2016 presidential election, running on a platform of reactionary populism, as opposed to Bernie Sanders’s progressive populism and Hilary Clinton’s run-of-the-mill progressive neoliberalism.  As Fraser points out, however, once in office Trump “activated the old bait and switch, abandoning the populist distributive policies his campaign had promised” (24).  Instead, Trump “failed to lift a finger to rein in Wall Street” (24), while ushering in what “is no mere garden-variety Republican conservatism but a hyperreactionary politics of recognition” (25) which Fraser terms “hyperreactionary neoliberalism” (26).

The fact that this “does not constitute a new hegemonic bloc, however” (26), is seemingly confirmed by the fact that as of the 2020 U.S. Presidential election, we have reverted back to a progressive neoliberalism, by electing a candidate whose bland neoliberalism seems to outstrip even that of Hillary Clinton four years ago.

Not taking seriously claims on the right that Biden will be a puppet for the left—for instance, “Biden himself has stated publicly that he does not agree with ‘defunding the police’”—the 2020 election, while it might most accurately be classified as a contest between neoliberalism on the one side and labor on the other, is ultimately comprised a situation wherein a vote for Trump did not exactly amount to a vote for populist working class solidarity while a vote for Biden did amount to a vote against populist working class solidarity, this time in the name of progressive neoliberal utopian post-politics.

It seems that only in the age of Coronavirus and social unrest could Biden’s bland back-to-normal campaign have convinced anyone to willfully forget or disregard the crisis of political authority that erupted just four years ago.  If Trump’s presidency, then, has accomplished anything, the most significant accomplishment might be seen as a further disavowal of politics along the lines of a homegrown version of Žižek’s ultra-politics, as mentioned above, wherein a Schmittian politics of friend/enemy seems to have erupted in the streets of every major U.S. city.

To adapt the words of Achille Mbembe—who is speaking of a situation of necropolitics in which an “aegis of militarism and capital and, in ultimate consequence, … exit from democracy” (9) describes the global sociopolitical landscape—to the domestic situation of 2020, we could say that “in Schmitt’s world, which is our own, the concept of enemy is to be understood in its concrete and existential meaning, and not at all as a metaphor or as an empty and lifeless abstraction” (49).

To be sure, the level of violence on the streets of the United States has not reached the full brutality of the global situation that Mbembe describes, but the fact that we are seeing this form of Schmittian ultra-politics cropping up on U.S. soil does tend to indicate a reduction in U.S. global hegemony.  Indeed, thought it hasn’t reached the fever pitch that has long been standard for the rest of the world, the violence surrounding figures like Kyle Rittenhouse, Michael Forest Reinoehl, and Matthew Dolloff tends to indicate the truth of the friend/enemy distinction in U.S. social and political unrest.

Furthermore, while this violence takes place across a right/left spectrum it seems to occur on a totally other register than that of the “political universe that Trump upended” and of which Biden’s election seems to signal a return.  In fact, what Fraser’s essay touches on but doesn’t quite emphasis is that when it comes to electoral politics neoliberalism seems to ultimately always win regardless of the various guises it takes on.

Fraser’s essay is important because it warns against a pervasive form of neoliberalism that presents itself as the woke, liberatory option, the morally superior choice in U.S. electoral politics, and this is especially important given that so much of the contemporary scholarship around neoliberalism still wants to see it as a strictly conservative or right-wing phenomena (Adam Kotsko’s Neoliberalism’s Demons, for instance).

However, the persistence of this neoliberalism-as-conservativism reading points to the truth that rather than conservative or progressive, neoliberalism can be seen as opening something along the lines of what The New Polis General Editor Roger Green, in his book A Transatlantic Political Theology of Psychedelic Aesthetics: Enchanted Citizens, calls a “political vortex between left and right” (145).

Additionally, to borrow Alain Badiou’s formulation from Theory of the Subject, we could say that neoliberalism “makes a subject … in the midst of the people, working class included” (42).  The kind of subject formed, however, in the face of neoliberalism’s political vortex is one that, at every turn sees itself as the particular that must stand in as the universal of society in the political intervention.

This corresponds to what Žižek describes in terms of a Nietzschean concept where “to Will the Will itself is to Will nothing, just as to steal the wheelbarrow itself … is to steal Nothingness itself … This ‘nothing’ ultimately stands for the subject itself—that is, it is the empty signifier without signified, which represents the subject” (129).  As Žižek says “Sam Goldwyn’s famous retort when he was confronted with an unacceptable business proposition, ‘Include me out!’, perfectly expresses this intermediate status of the subject’s relationship to the symbolic order” (129).

Coming full circle, this subject, under neoliberalism, constitutes the “excluded, those with no fixed place within the social edifice” (220).  This is true of both those on the right and on the left.  Likewise, on each side this subjectivity sees itself as taking up the position of politics proper, as in “we—the ‘nothing’, not counted in the order—are the people, we are All against Others who stand only for their particular privileged interest” (221).

Following on the work of Julia Kristeva, in her book, Powers of Horror: An Essay on Abjection, this subjective position faces what it sees as “a threat that seems to emanate from an exorbitant outside … ejected beyond the scope of the possible, the tolerable, the thinkable.  It lies there, quite close, but it cannot be assimilated” (1).  In other words, the subject that the neoliberal order makes is, in one sense, an abject subject; it experiences itself in regard to an Other (the neoliberal order) that stands in its place or stead (10).

Further, the abject subject of neoliberalism finds itself facing up against an other that, as mentioned above, is an “impossible [which] constitutes its very being” (5).  This impossibility is the politically nebulous nature of neoliberal governance.  It represents both and neither ends of the political spectrum, while simultaneously representing itself as the utopian post-ideological consensus and the paragon of freedom exemplified in market freedoms.

Meanwhile this opposition fails to achieve the status of the political proper, in that while they see their conflict as “the tension between the structured social body in which each part has its place, and ‘the part of no part’ which unsettles this order on account of the empty principle of universality,” it is in fact, as a struggle between left and right—each side seeing its opponent refracted through the impossibility of the neoliberal order—only a futile and parallel struggle of abject against abject (221).

Another way of looking at the abject subject might be as a subjectivization that is predicated on one’s own understanding that they occupy the place on the edge of the law which Giorgio Agamben has called homo sacer.  The abject subject thus understands itself as banned from the social order, which as we have seen from Žižek is precisely the necessary position for political action.  However, what they fail to realize in this Schmittian formulation of the political as friend/enemy distinction, is that that enemy—be it Kyle Rittenhouse or Michael Forest Reinoehl—who is the “anyone who may harm him” does not actually represent the dominant neoliberal order (Agamben 105).

Through its commitment to soft power and consensus neoliberalism effectively disavows its desire to hurt anyone through the process of devolution.  Instead, it is in this light that “the Hobbesian mythologeme of the state of nature acquire[s] its true sense” (105).  In this sense, “far from being a prejuridical condition that is indifferent to the law of the city, the Hobbesian state of nature is the exception and the threshold that constitutes and dwells within it.  It is not so much a war of all against all, as more precisely a condition in which everyone is bare life and a homo sacer for everyone else” (106).

In other words, it is an ultra-political­ disavowal of the political, wherein the abject subject of neoliberalism, barred from political action via neoliberalism’s partisan bait and switch, has no other recourse but to exercise its frustrations in a frenzy of undirected violence in the streets.  What’s worse, it is through the unrest of this state of domestic ultra-politics that Trump could be seen as having fulfilled his highest political calling, that of helping Biden to secure a revival of the progressive neoliberalism’s post-political hegemonic bloc.

In this way, it could be said that what those centrist unity movements, mentioned above, get right is a sense of the futility of right/left political thinking in the face of a rationalistic center.  What they get wrong, however, is that it should be this very center, with its pretense of consensus, that should be taken as the ultimate political adversary.  Rather than a battle between conflicting modes of representation, we should be struggling against the dominant politics of distribution, particularly through Rancière’s politics proper, if we wish to achieve any form of political action.  As we have seen, however, progressive and conservative activist alike prefers to pose as the part of no part, as the abject homo sacer.  In other words, it is this interplay of abjections and a mutual desire to include ourselves out of the contemporary crisis of neoliberalism that forecloses the possibility of a truly political movement such as the “progressive-populist bloc” which Fraser describes (35).

Jared Lacy is a graduate student at the University of Denver. He is also an assistant editor of The New Polis and has published occasionally with us.