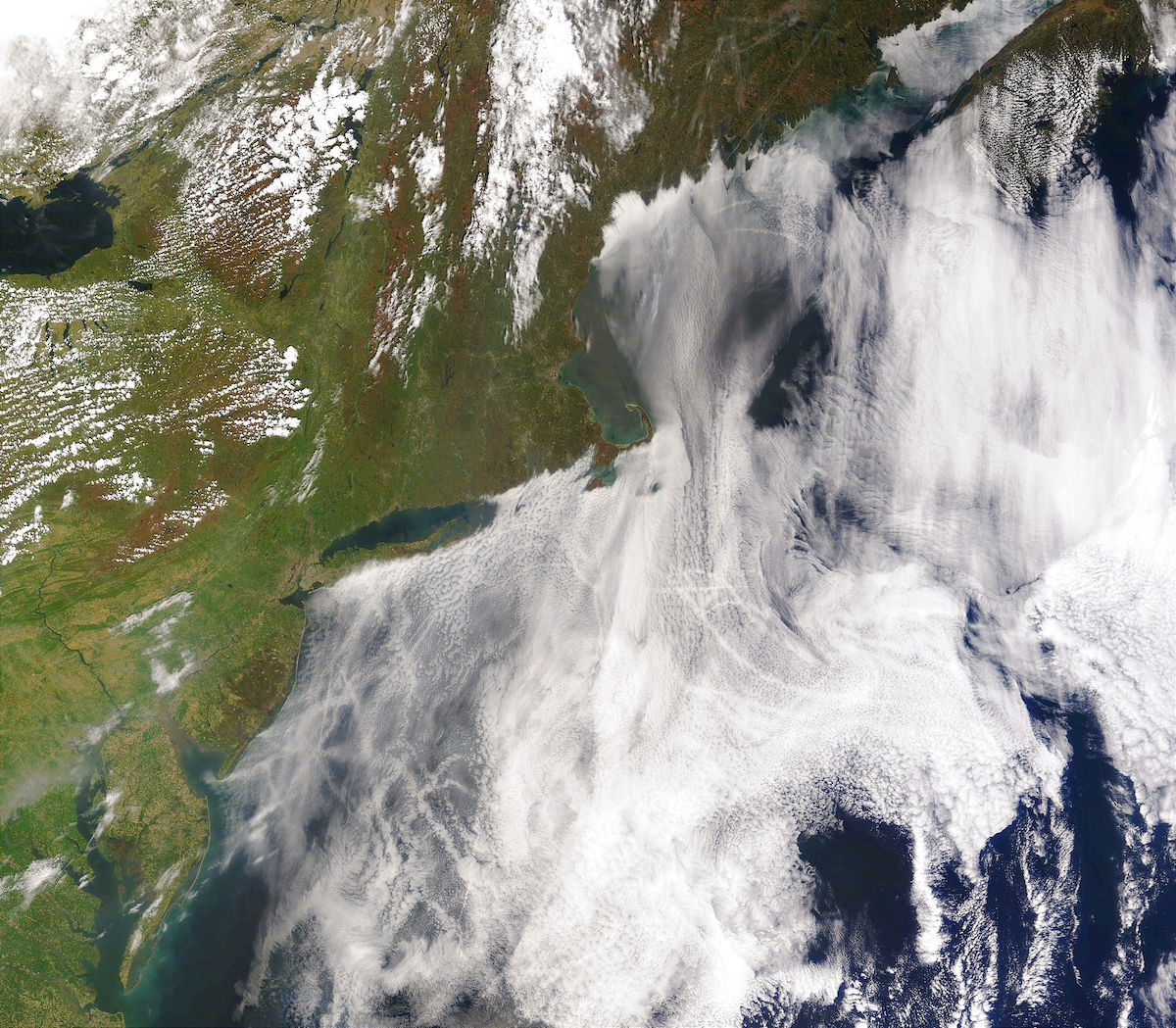 The following is the second of a two-part series. The first can be found here.

Nevertheless, until parties acknowledge the magnitude their contributions should reach, the world will continue to watch in angst as politicians and leaders debate. The tumultuous proceedings outline the hesitation of parties who, while acknowledging the global society, still maintain individuality. In his essay Idea for a Universal History with a Cosmopolitan Purpose, Kant explains:

This propensity is obviously rooted in human nature. Man has an inclination to live in society, since he feels in this state more like a man, that is, he feels able to develop his natural capacities. But he also has a great tendency to live as an individual, to isolate himself, since he also encounters in himself the unsocial characteristic of wanting to direct everything in accordance with his own ideas. He therefore expects resistance all around, just as he knows of himself that he is in turn inclined to offer resistance to others (44).

Re-employing the example of President Trump, individual interests will continue to restrain parties from fully committing to an aggressive, full force approach to climate change. The need to join the UNFCCC and the Paris Agreement is surely felt through the pressures of collective society, but it does not erase the demarcations and preexisting relationships of different parties. President Trump’s mentioning of other countries in his speech elucidates Kant’s notion; his resistance is also based on the prior sentiments the United States had held in regard to China, allowing an attempt at justification based on self interest.

Moreover, in the previously quoted text, Kant also accounts for the resistance that had held UN discussions at the sluggardly pace which have been criticized by so many. The answer to this problem, and thus the motivating factor that will inevitably move to accelerate progress in the face of the threat, is cosmopolitan right and responsibility. Kant rightfully argues that due to increased globalization and interrelation, a violation at one location affects all others. Thus cosmopolitan right “is a necessary supplement to the unwritten code of constitutional and international right, for public human right in general, and hence for perpetual peace. Only under this condition can one flatter oneself to be continually progressing toward perpetual peace” (84-85).

Given that we all inhabit the same planet, and have original common possession of it, the cosmopolitan right ensures the ability to come together to produce universal laws with which to govern our interaction (146). In relation to cosmopolitan right, then, Haflidadottir and Lang argue: “a state practising cosmopolitan responsibility, therefore, must continuously reflect on its reasons for certain political action, keeping in mind the ideal that Kant notes is crucial to progressive thought. Moreover, it must continuously reflect on, and make an assessment of, how it ought to act at any given time.”

To begin making progress towards substantive action on climate change, heteronomy of the power of choice must concede to the autonomy of the will. Internal state influences must be neglected in order to view actions not in relation to the individual party and its interests, but as being related to the global community in which we live. After this elevation, parties can determine actions guided solely by the universal moral law instead of factoring in any notion of self-advantage, thus advocating for the well-being and prosperity of all citizens.

The ratification of the Paris Agreement by now almost 200 countries was the first step in developing a cosmopolitan approach, “showcasing the pressing need to move beyond differentiation based on historical contributions in order to secure a more comprehensive political commitment to further the climate change agenda” (193), but as it diminishes in hindsight, the idea of comradery in the fight weakens. It is clear that while the original intentions of the Paris Agreement was to create a sense of cosmopolitan responsibility, the continuous reflection on values and adjustment of action has not been upheld, again evidenced by President Trump’s withdrawal.

In agreement, Kant states: “In order to bring an end to this sophistry (if not to the injustices which it glosses over) and to compel the false representatives of those who wield power on earth to confess that they advocate might, not right … , it will be good to expose the illusion with which they deceive themselves and others and discover the highest principle from which the end of perpetual peace is derived” (100). The need to follow universal law and act with all peoples must be continuously cultivated in order to eradicate the influence of those outside, impending factors. Only then will true cosmopolitan responsibility be maintained and the extent of efficiency the UNFCCC holds be truly realized.

In a more positive view, sentiments of cosmopolitan right and responsibility are already resurfacing. Numerous participants at the COP26 summit have voiced resentments towards the deliberations and outcomes of the meeting. Of the grievances aired, most express a similar theme: that leading parties are not fulfilling their cosmopolitan responsibility and moral duty. The Glasgow Climate Pact acknowledges

that climate change is a common concern of humankind, parties should, when taking action to address climate change, respect, promote and consider their respective obligations on human rights, the right to health, the rights of indigenous peoples, local communities, migrants, children, persons with disabilities and people in vulnerable situations and the right to development, as well as gender equality, empowerment of women and intergenerational equity, …

While this statement advocates for a more established use of cosmopolitan responsibility in declaring the considerations of these categories an obligation, it is merely an empty counselling effort to reduce the importance of individual party aspirations. In practice, it holds no weight until visible change is brought forth. The failure of leading parties to exercise cosmopolitan responsibility is not unnoticed: “Harjeet Singh from the Climate Action network asked, ‘How do I trust world leaders to adhere to commitments? We have to make sure that climate action is based on equity and justice. If there is no stream of finance provided to developing countries and vulnerable people, we will call COP26 a failure.’” Not only is Singh hinting at the failure of leading parties to adamantly follow the universal moral law, which includes fulfilling commitments, but he also alludes to tenets of the moral law, that of being based in equity and justice.

While the scope of this paper does not include attempting to discern to what level each party is responsible in regard to financial contributions, legislation, and developing technologies, it has highlighted that in observance of moral law, each party is in some capacity responsible for following it. For reiteration, the moral law would not dictate something that, by some degree of means, cannot be fulfilled. While the Glasgow Climate Pact states the obligation of parties to deliberate and act with these categories in mind, an obligation deconstructs the morality of an action; it must only be done through the desire of the will to truly be in line with the universal law, thus creating the issue of responsibility we now face.

As I hope to have illustrated, the fundamental problem concerning climate change and limiting the success of talks such as COP26 is not disagreement on who should do what. While that is the superficial reason, and indeed it is a problem that needs to be overcome, political/financial/legislative responsibility is not the core crisis. The true issue lies much deeper, within the faculty of reason and moral compass of each individual party. Instead of seeing the earth as a common possession through which each person is morally granted rights of inhabitance and usage, and further a right to work towards a peaceful coexistence with other inhabitants, the current status of the earth is one of divided territories, competing industries, and power-grabbing governments.

The UNFCCC is almost productive in its representation as a federation of states in aims of a perpetual peace (towards climate change), yet the structure it must maintain allows for the self-interests of parties to dictate motives and actions due to the implementation of NDCs and the lack of a judicial enforcement branch. Because the UNFCCC and its conventions can only advise what is to be done, not obligate it, concrete actions are left to the moral dispositions of the party agents. While it is not hard to suppose that rational agents would choose to follow laws of virtue, regarded as universal law, self interests have hijacked intentions and deterred party leaders in staying true to an ethico-civil community. To correct this, the heteronomy of the power of choice must be replaced with an autonomy of the will, or else any future conversations will be marred by parties only advocating for personal gain and reputation.

Kant may help elucidate these problems, but he also provides the answer: a reinvigoration of cosmopolitan right and responsibility. Even without a thorough Kantian education, leaders and representatives are already echoing this thought. The voices heard above the crowds of dissent are calling for more aggressive action, specifically asking parties to understand the severity of climate change and to realign intentions towards universal law. As Kant notes:

Nevertheless, human nature is such that it cannot be indifferent even to the most remote epoch which may eventually affect our species, so long as this epoch can be expected with certainty. And in the present case, it is especially hard to be indifferent, for it appears that we might by our own rational projects accelerate the coming of this period which will be so welcome to our descendants. For this reason, even the faintest signs of its approach will be extremely important to us (50).

Even though he was discussing a much different era, and uncontrolled climate change is surely not being welcomed by younger generations, his notion still stands. As a global community, we cannot sit idle, stalemated by tenuous conversations about what should be done. The signs of global crisis are upon us, as evidenced by the increase in sweeping fires, rising ocean levels, and historic weather changes. We must reconstruct our response to climate change not only to escape the perception of indifference, but to move forward with such tenacity that there is no room for any self-interest to take foot; and as Kant would argue, we must start at the fundamental, moral bedrock.

Dianna Able is a graduate student at the University of Denver. She is Assistant Editor of The Journal for Cultural and Religious Theory