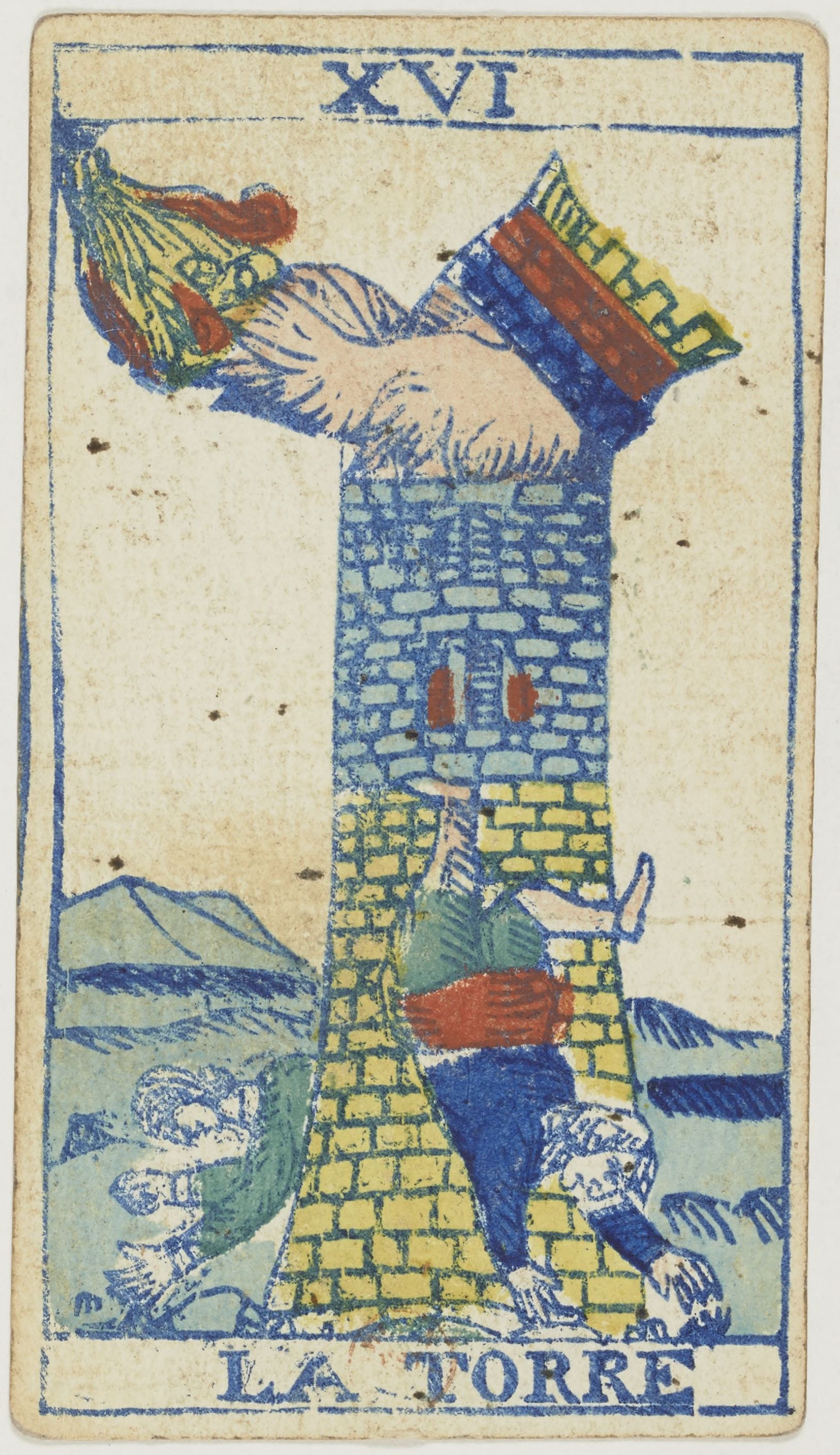 In this piece, I want to explore the distinction between the “state of exception” and the “disaster.” In doing so, I am also drawing on an interesting seminar that Joshua Ramey has been providing online for the general public called “Debt as Original Sin.” Following arguments in Devin Singh’s Divine Currency, Ramey sees indebtedness as being underwritten by forms of Christian theology by orienting our perpetual indebtedness into an orientation toward an infinite power.

In this line of thinking, becoming indebted “christianizes” as it necessitates the acknowledgement that one needs a “savior” to do the impossible. Translated into a capitalist economic system, one is not “forgiven” from debts but rather put into relation to predatory creditors whereby one’s existence is determined by debt and a sense of guilt for one’s debt.

Readers can look to Ramey’s seminar for more on the debt issue, but I want to tweak the thought to think about the notion of the state of exception or emergency in the current COVID-19 crisis, which has exacerbated all thinking of indebtedness and questioned faith in market economies. Taking a different philosophical angle, I begin with these opening sentences to Maurice Blanchot’s The Writing of the Disaster, which resounds in the fatigue by which the global pandemic becomes normalized.

Le désastre ruine tout en laissant tout en l’état. Il n’attaint pas tel ou tel, «je» ne suis pas sous sa menace. C’est dans la mesure où, épargné, laissé de coté, le désastre me menace qu’il menace en moi ce qui est hors de moi, un autre que moi qui deviens passivement autre. Il n’y a pas atteinte du désastre. Hors d’atteinte est celui qu’il menace, on ne saurait dire is c’est de près ou de loin – l’infini de la menace a d’une certaine manière rompu toute limite. [The disaster ruins everything while leaving everything in its state. It does not wait for this one or that one, “I” am not under its menace. By these means of saving, leaving (me) aside, the disaster threatens in me that which is outside of me, another me that becomes a passive other. There is no reaching the disaster. The one it menaces is out of reach, one cannot know if it is near or far — the infinity of the menace has in a certain manner broken every limit.]

As we continue to face increasing cases of COVID-19, many long for a return to “normal” while others claim a “new normal.” Many look optimistically to a re-opening of the economy as evidence of normalcy returning. Lots of people are rereading Albert Camus’ The Plague.

Some ethically-minded note the ways the foregrounding of the pandemic in mass consciousness has served as a mask for more extreme environmental extraction and intentional erasure of the world’s most precarious populations. The term ‘genocide’ is being used with respect to Jair Bolsonaro’s neglect of Indigenous populations in Brazil.

Julio Croda, the former head of the Health Ministry’s department of immunization and transmissible diseases, has noted that pressure from Bolsonaro’s administration prevented what had been strategic plans to stat ahead of the virus. As Reuters reports, “‘It’s good that deaths are concentrated among the old,” Croda recalled [Solange] Vieira saying. “‘That will improve our economic performance as it will reduce our pension deficit.’”

In the longer history of the genocide of Indigenous Peoples, this is a return to an all-too-familiar “normal.” To be clear, as I wrote last month, being attentive to Indigenous issues ought not be equated with a sentiment that we are “becoming Indigenous” simply because the precarious nature of planetary existence has been evidenced more explicitly by our mutual connection to each other and all animal life.

Researchers studying political theology have for a long time been theorizing states of exception and distinctions such as Giorgio Agamben’s analyses of “bare life” versus “qualified life.” In politics influenced by western “hero” culture, the sentiment for a strong decider who can rein in Fortuna arises, with all of the implicit misogyny of her being a “strumpet.” Mother Nature has for some become a “terrorist” under COVID-19 outbreaks.

This is quite interesting since declaring an emergency and then usurping power has traditionally been a political move among rightwing politicians, a restoration of “order.” Instead, we have seen a refusal to acknowledge scientific data and disregard for public health experts as a way of maintaining discursive control.

“Post-truth” tactics have their own rules. When someone asserts something to be true, raise your voice, assert the opposite, and conflate it with something rhetorically charged as a diversion. Such is the case for a Denver radio talkshow host who recently compared the requirement to wear masks in retail stores to being forced to wear a yellow star in Nazi Germany because one is Jewish.

While likely to raise objections of absurdity, the loudness of the claim, positioned as an issue of individual liberty (at the expense of others to whom you could pass the virus even if you show no symptoms), the larger tactic at work in such rhetoric is to make comparisons to genocide banal. Rather than denying the Shoah, trivialize it to such an extent that no one can even talk about it anymore.

Trivialization creates its own kind of state of exception, requiring “actors,” “deciders,” etcetera. It also helps to create public “outrage” to divert attention from more serious matters. But the rhetorical result becomes a fight over discursive hegemony, which is why the more shocking and outlandish your remarks are, even negative attention occupies public attention spans, which are rather short to begin with due to information curating and overload.

Eli Pariser has researched the idea of structure in online spaces and correlates it to a rise in authoritarian politics. He advocates for attention to urban design while implementing online platforms for the public good, and while well-intentioned and perhaps utopic, the situation in 2020 has confirmed the need for more healthy forms of online relationships. One wishes that it not only be urban design as a model, but one that were less implicitly androcentric.

There is something about the ability to declare a state of emergency or state of exception that is itself rather authoritarian, and I think that distinguishes the state of exception from what Blanchot ruminates on concerning the disaster. In our efforts to avoid disaster, we might consider some of Blanchot’s fragments from The Writing of the Disaster. I cite this one at length.

If disaster means being separated from the star (if it means the decline which characterizes disorientation when the link with fortune on high is cut), then it indicates a fall beneath disastrous necessity. Would law be the disaster? The supreme or extreme law, that is: the excessive and uncodifiable law — that to which we are destined without being party to it. The disaster is not our affair and has no regard for us; it is the heedless and unlimited; it cannot be measured in terms of failure or as pure and simple loss.

Nothing suffices to the disaster; this means that just as it is foreign to the ruinous purity of destruction, so the idea of totality cannot delimit it. If all things were reached by it and destroyed — all gods and men returned to absence — and if nothing were substituted for everything, it would still be too much and too little. The disaster is not of capital importance. Perhaps it renders death vain. It does not superimpose itself upon dying’s scope for withdrawal, filling in the void. Dying sometimes gives us (wrongly, no doubt), not the feeling of abandoning ourselves to the disaster, but the feeling that if we were to die, we would escape it. Whence the illusion that suicide liberates (but consciousness of the illusion does not dissipate it or allow us to avoid it). The disaster, whose blackness should be attenuated — through emphasis — exposes us to a certain idea of passivity. We are passive with respect to the disaster, but the disaster is perhaps passivity, and thus past, always past, even in the past, out of date. (2)

Is this passivity complacency? I do not think so, but I am also unsure what it means to “attenuate” the “blackness” of the disaster. Still, if “the idea of totality cannot delimit” the disaster, this seems to me a crucial difference between the disaster and the declaration of the state of exception.

Is COVID-19 the disaster? I don’t think so, though I admit its effects have been and will continue to be disastrous. Following Blanchot, it would seem that substituting the virus for the disaster would risk the same kind of mistake in personification that those who characterize the virus as a terrorist make. Similarly, attributing an intention to the virus whether it be some sort of “divine wrath” or nature “paying back” humans for encroaching into every nook and cranny of the globe seems wrong.

In considering Blanchot’s opening sentences, the disaster seems to always escape us. Again, “The disaster ruins everything while leaving everything in its state. It does not wait for this one or that one, “I” am not under its menace. By these means of saving, leaving (me) aside, the disaster threatens in me that which is outside of me, another me that becomes a passive other.” In not being under its menace, there is nothing personal about it.

It exceeds consciousness and ‘consciousness of…’ It is a passivity that cannot be acceptance, resignation, or complacence because all of those ideas speak to a kind of reactionary comportment. In this sense, “The disaster takes care of everything.” Perhaps the disaster is the absence of politics, of actions.

The disaster, depriving us of that refuge which is the thought of death, dissuading us from the catastrophic or the tragic, dissolving our interest in will and in all internal movement, does not allow us to answer this question either: what have you done to gain knowledge of the disaster.” (3)

stress upon minutiae, sovereignty of the accidental. This causes us to acknowledge that forgetfulness is not negative or that the negative does not come after affirmation (affirmation, negated), but exists in relation to the most ancient, to what would seem to come from furthest back in time immemorial without ever having been given.” (4)

Yet again, disaster is not totality, nor is it absolute, “it comes and goes, errant disarray.” Concerning writing or saying, “It is not you who will speak. Let the disaster speak in you, even if it be by your forgetfulness or silence.” I am at the end of my thinking with respect to the issue. We are in the middle of a crisis and one who writes feels compelled to respond but for me the response cannot be “heroic.”

One line from The Writing of the Disaster has always stuck with me. Blanchot writes, ” In the work of mourning, it is not grief that works: grief keeps watch” (51). A more compassionate response is perhaps to simply acknowledge we are in this together, yet I am perturbed by any talk of “return to normal” or premature assessments of what the “new normal” is. Perhaps it’s more about keeping watch, a kind of vigil, but how not to become numbed out of our vigilance?

Hovering at the edges of panic, the disaster seems to haunt the pandemic. It moves in and out. It reminds me of the saturation of Pan the goat demigod in nineteenth and early twentieth-century literature, especially associated with children — Peter Pan and Wind in the Willows. I will return to the theme of Pan and Panic in my next post.

Roger Green is general editor of The New Polis and a Senior Lecturer in the English Department at Metropolitan State University of Denver.  He is the author of A Transatlantic Political Theology of Psychedelic Aesthetics: Enchanted Citizens. 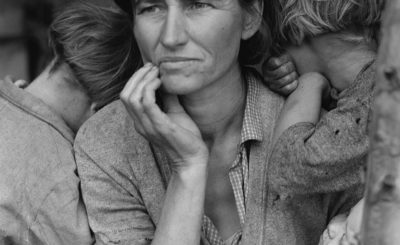